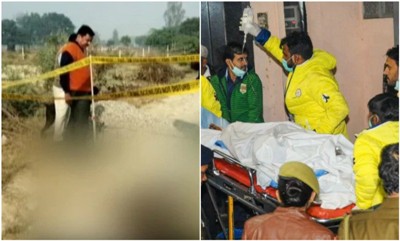 Just a couple of days ago, while releasing P Chidambaram from custody, the Supreme Court reaffirmed that bail, not jail is the rule. Yet when cases like that of burning of a rape survivor by the accused, who was released just a month ago after 11 months in jail, and his friends come to light, one's faith in the rule diminishes. Yes, bail not jail should be the overriding doctrine in a civilized society if solid proof of the involvement of the accused is not presented before the court. But it should not be treated as the holy cow and must be viewed on case to case basis.

The incident referred to above took place in Unnao district in UP. A rape survivor was going to meet her lawyer who stayed far from her home. She started early and was alone. She was waylaid by two of the accused who had recently been released on bail. Three friends were also with the accused. The rape survivor was first thrashed with sticks and then stabbed with knives multiple times. Finally, the accused allegedly poured petrol over her and burnt her alive before escaping. The girl ran for help in a ball of fire. Eyewitnesses called the police who took her first to the primary health centre, then to a hospital in Kanpur before she was airlifted to the Safdarganj Hospital in Delhi with 90% burns. She is fighting for her life there.

The girl filed a rape case against the main accused Shivam Trivedi alleging that he refused to marry her despite promising after physically exploiting her many times. She had alleged that when she seriously took up the issue of marriage, Trivedi took her to an isolated field and raped her at gunpoint along with an accomplice. Her FIR was registered with much difficulty nearly 4 months after the crime was committed. Yet, the Allahabad High Court released the main accused on bail after nine and a half months, on November 25 this year. He assaulted the survivor in the most inhuman way just five days later.

This brings us to the main question. Should rape (or murder or any other grave crime) accused also be treated in the same manner as other accused? Should they also be given the benefit of the bail, not jail rule? If yes, then shouldn't stringent conditions (like not leaving the jurisdiction of their home police station, for one) be imposed on such accused? If they are released on bail without stringent conditions, they are likely to influence witnesses, destroy evidence and in extreme cases, will try to eliminate the victim.