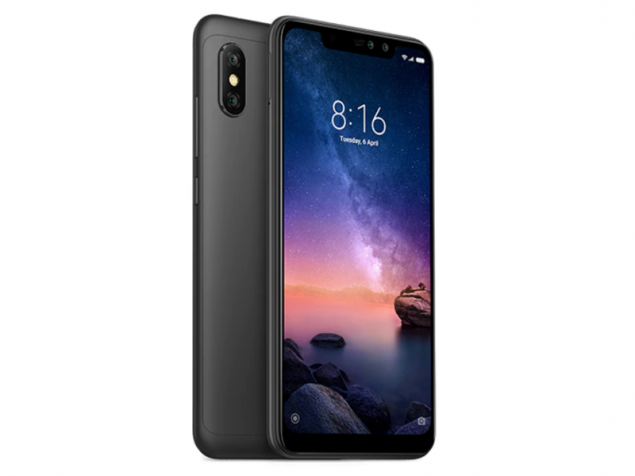 When I first received my Redmi Note 6 Pro mobile phone, I was floored by its outward beauty. The phone had a sleek exterior and was easy to hold in the hand. Its 6.2 inches screen is huge and looks intimidating at first. But when I put it on, I was amazed at its 1080 X 2280 pixels resolution and the images seemed to fly off the screen.

The Note 6 Pro is power-packed and comes with a Qualcomm Snapdragon 636 processor running on eight Kryo 260 CPU cores clocked at 1.8GHz. This makes it a top performer for multi-tasking. The phone never lags and switches effortlessly between tasks, making it an awesome mobile experience for users.

The phone runs Android 8.1 Oreo and it is topped with the company's MIUI 10 skin. Users can upgrade to higher versions when they are released.

Other connectivity options on the Redmi Note 6 Pro include Bluetooth 5, dual-band Wi-Fi 802.11ac, GPS, and FM Radio. It also has a Wi-Fi passthrough feature that lets the phone act as a Wi-Fi repeater. The battery, at 4000mAH, is good but Xiaomi provides only a 10W charger. Users have to buy the fast charger separately.

The best thing about the phone is the camera. Redmi Note 6 Pro has a 12-megapixel  plus 5-megapixel rear camera configuration. The 12-megapixel sensor has a 1.4-micron pixel size and dual-pixel autofocus. It has an f/1.9 aperture which should help it pull in more light. At the front, the phone has a 20-megapixel selfie camera and a 2-megapixel depth sensor. The primary sensor here uses a 4-in-1 pixel binning method to have an effective pixel size of 1.8 microns. This makes for pictures of amazing depth and quality, both in daylight and night mode.

After using the phone for nearly 9 months now, I can recommend it to anyone who wants a power-packed phone below Rs 15000 that performs like any phone in the Rs 25000-30000 price range. Redmi Note Pro 6 is the superhero of budget phones. Although newer phones with better configuration have arrived in the market, Note 6 Pro remains the eternal favourite of people who are using it.