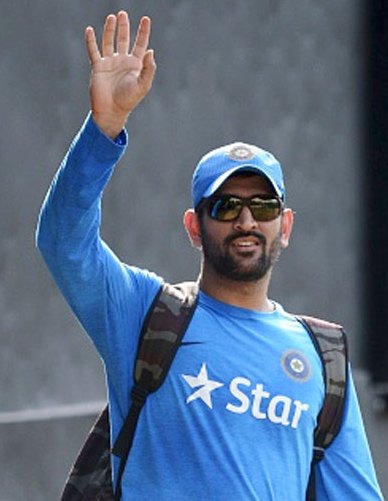 Should Dhoni Be Dropped From the T20 Team?

Should Dhoni Be Dropped From the T20 Team?

Editor-in-Chief of indiacommentary.com. Current Affairs analyst and political commentator. Writes for a number of publications. View all posts by this Author
Is M S Dhoni past his use-by date for playing T20 cricket? A crescendo of voices is rising in favor of his omission from the T20 team. The latest to join the bandwagon is former supposed all-rounder Ajit Agarkar (who many thought got into the Indian team not due to his talent but only because he was a Mumbai player as the region had a stronghold on BCCI then). Agarkar has said that Dhoni has no business being in the T20 team. Previously, V V S Laxman and Akash Chopra also aired similar views. All this is happening on the strength of just one slow innings in the second T20 versus New Zealand which India lost by 40 runs.

When the team loses badly after an inept batting display, it is called a bad day in the office. But when Dhoni fails to get into the groove in a particular innings, it is assumed that his playing days are over and he should make way for a younger player in the shortest format of the game. Before criticizing Dhoni, people would be advised to take a look at what the youngsters in the team did in that particular innings. When a youngster fails repeatedly, people say it is just a matter of one innings before he clicks. But when Dhoni fails in just one or two innings, they yell for his head. People also forget the immense contribution Dhoni is making behind the stumps and in giving inputs to Virat Kohli on the field.

Dhonis presence is very inspirational for a youngster, both on the field and in the dressing room. While it is true that a team cannot carry a player, however reputed, just on the strength of his past performances, it is also true that experience and class are more valuable then raw talent. Further, where is the wicketkeeper-batsman to replace Dhoni in the T20 team? None of the others  Dinesh Karthik, Parthiv Patel, Sanju Samson or Naman Ojha  come anywhere near Dhoni, both in batting or wicket-keeping, let alone providing inputs to the skipper. Is it better to give a sub-standard player a chance or is it better to keep a proven, experienced and astute player? Saurav Ganguly is right when he says that Dhoni should approach T20s differently and the team management should speak to him about it. There is no doubt Dhoni has some more years to contribute to the Indian cricket team in both the shorter formats. Meanwhile, a wicket-keeper batsman who can carry forward his mantle in T20s must be found.