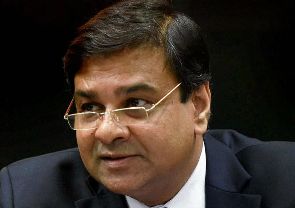 Was There Any Other Option For Urijit Patel?

Was There Any Other Option For Urijit Patel?

Editor-in-Chief of indiacommentary.com. Current Affairs analyst and political commentator. Writes for a number of publications. View all posts by this Author
The resignation of Urijit Patel, the governor of RBI, is indeed a matter of concern. His resignation note cites personal reasons for the move but those in the know say that the man was feeling suffocated in the post. Although a lot of noise was taking place in the media over the supposed differences between the government and him over several issues, it was also reported that the last board meeting was held in an atmosphere of give and take where differences were amicably settled.

But perhaps that was what made Patel resign. Was he made to give more and take less during that board meeting? It has to be recognized that anyone chosen to head an institution such as the RBI will always have a vision. He or she would try to steer the institution in a particular way to achieve that. Governor Patel too tried his best to control inflation and interest rates and strengthen the economy. On the other hand, he was strict with PSU banks and tried to minimize losses through bad loans by tightening lending norms. His pleas to the government to control fiscal deficit were timely and accurate.

The government has been pushing for lower interest rates for two quarters to give a push to economic activity. It also wanted the lending norms to be relaxed in certain areas. Patel did not want to allow the government the short- term luxury (based on political compulsions) that could lead to long-term disaster. He did not want to lower rates as inflation was showing signs of moving north. He did not want to relax lending norms as the PSU banks were already deep in red and needed a check on dubious lending systems. The government took it as an affront and Patel immediately became unpopular in the corridors of power.

Finally, when a profligate government used up the budgeted fiscal deficit for the whole year in just seven months and started thinking of raiding the RBI reserves, Patel tried to block that. It became one more sore point in his frequent disagreements with the powers that be. The government created such an atmosphere of disagreement and distrust that any hardnosed professional (and Patel is just that  even PM Modi has acknowledged it in his tweet) would have found it difficult to continue in the position.

It is a sad reflection on the state of affairs under NDA that people handpicked by it to head important arms of governance are resigning. First, Arvind Panagariya resigned as the chairperson of the Niti Aayog. It would not be out of place to recall that Panagariya was a long time fan of the policies of Narendra Modi and his Gujarat model. What went wrong then? After that, Arvind Subramanian resigned as the Chief Economic Advisor. With Patels resignation, there is a semblance of truth in the Congress charge that it is the NDA's assault on institutions that is making these respected professionals resign from their post.