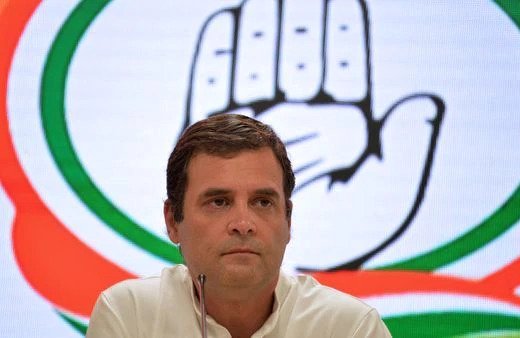 When the sins of the past come visiting, people get flustered. The same is happening with Rahul Gandhi and the Congress party. They had not thought about the repercussions of the inflammatory statements they had made, inside and outside Parliament, after the government read down Article 370. At that time, Congress leaders (and many other opposition leaders) were trying to outdo each other in trying to prove that Narendra Modi and Amit Shah had committed a Himalayan blunder. Their statements indicated that they were not in favour of abrogating the Article and preferred the people of Kashmir to keep enjoying the special status until eternity. Their statements post that event were also very divisive in nature and kept on hinting that the government was hiding the fact that there were major flare-ups in the valley and the people were revolting.

All this and more has now been seized upon by the government of Pakistan. It has named Rahul Gandhi in its letter to 18 UN Special Procedures mandate-holders. The Pakistani minister for human rights, Shireen Majari, wrote that "acts of violence have even been acknowledged by mainstream politicians, such as the Leader of the Congress Party, Mr. Rahul Gandhi, who has noted 'people dying' in Jammu & Kashmir, in light of events 'going very wrong there'." This is damning proof of how Rahul Gandhi's statements, made on hearsay and with gay abandon without a thought to what mischief they can create, are being used by the enemies of the nation to build their case in the United Nations.

Both Rahul Gandhi and the Congress have embarked upon a damage control exercise where they are saying that J&K is the internal matter of India and no country including Pakistan has the right to interfere. The Congress, in many tweets, has also asked Pakistan to mind its own business and reflect upon its gross violation of human rights in PoK. But is this going to wash their sins? The Congress and Rahul Gandhi are guilty of politicizing an essentially national policy decision and playing into the hands of Pakistan and China. This they did to protect their reputation because their Kashmir policy over the years was based on appeasement of a few families in the Valley. They had neither the inclination nor the guts to do away with the special status and could not believe that Modi and Shah actually did it. But the Congress and Rahul Gandhi must learn from this and avoid making such statements in the heat of the moment that can come back to haunt them and further tarnish their already shredded reputations.