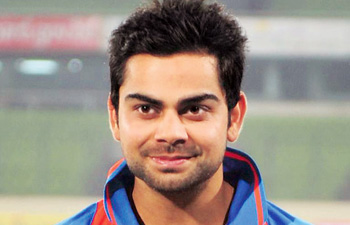 Editor-in-Chief of indiacommentary.com. Current Affairs analyst and political commentator. Writes for a number of publications. View all posts by this Author
The old order changes. After 6 years, Team India will see a new skipper in place for the Test team from Tuesday. As the praise has flowed in for Dhoni, it has also flowed in equal measure for Virat Kohli. Most commentators are of the view that Team India needed a new direction and Kohli is the right man to lead the team.

Without doubt, the Dhoni of 2014 was not the same tactician of 2012, leave alone earlier. Predictability was setting in Team IndiaÃÂ¢Ã¢âÂ¬Ã¢"Â¢s planning and DhoniÃÂ¢Ã¢âÂ¬Ã¢"Â¢s coolness was, at least at the Test level, turning to ice. The team needed to move up several notches and it was not possible if it employed the same tactics it was doing for the last two years. What was inspirational four years ago was becoming stale and unimaginative now. The team was becoming defensive, which was not good for it.

But one thing is certain. Come Tuesday, 6th January 2015 and India will play Test cricket with new tactics. Of the many accolades for Kohli, I am most impressed by Sir Vivian RichardsÃÂ¢Ã¢âÂ¬Ã¢"Â¢ endorsement of Kohli and his style of play. For, I feel Kohli has the style of Sachin Tendulkar and the aggression and competitiveness of Viv Richards. If he can continue to draw adrenalin from opposition taunts and scale greater heights, the immediate future of Indian cricket seems to be in the best of hands.