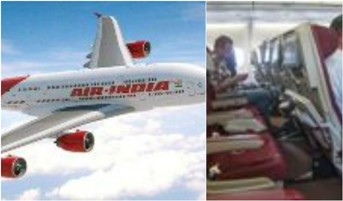 Air India Tries To Address The Problem Of Empty Seats

Air India Tries To Address The Problem Of Empty Seats

Editor-in-Chief of indiacommentary.com. Current Affairs analyst and political commentator. Writes for a number of publications. View all posts by this Author
While travelling to Kolkata from Dibrugarh in Assam on a morning flight of Air India a few days back, one was surprised to see more than a dozen vacant seats on a sector that is generally overbooked, more so when flights had been cancelled for two days due to Cyclone Fani. Empty seats are a total loss to any airline and all efforts must be made to fill up the planes, especially in sectors where there is regular traffic.

Hence, one was pleasantly surprised when Air India announced recently that it would offer huge discounts (up to 40%) on unsold seats up to 3 hours from the scheduled departure of the flight. This means that the airline has taken stock of the situation and is trying to find a remedy for it. Contrary to general perception, this decision of the airline shows that there are some in the upper management who are alive to the situation and are trying to do their best to cut losses.

Consider the above situation. The quoted price of a ticket on that day was about Rs 8000. It would have deterred a few from travelling. It meant that 12 or more seats were left unsold on the flight. Now, if Air India offered the same seats at 40% discount three hours from departure, one is sure that at Rs 4800 (the price that is normally prevalent in the sector even a month in advance), more than 10 seats would have been sold. It would have meant that Air India would have earned nearly Rs 50000 more on that particular flight.

The decision will come as a boon for passengers who have to travel in an emergency. They can now hope to get tickets at a rate similar to one if they had planned the journey one month in advance. This will also mean that the badly bleeding airline will also cut down its losses and fill up its planes. Air India can still turn around if it trims its bloated workforce, streamlines its operations and pays attention to such ostensibly 'small' things which add up to huge losses.