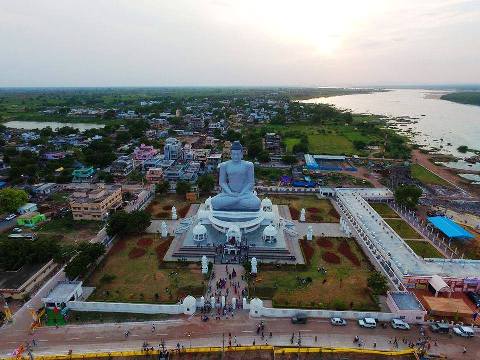 When the Andhra Pradesh government decided to have a new state capital at Amaravati following the bifurcation of the state and the present capital, Hyderabad, going to Telangana,  environmentalists had warned against choosing the site as it was on the floodplains of the river Krishna and would use fertile and forest land, displacing over 20000 families. Opposition parties had alleged many irregularities including forcible land acquisition by the then TDP government of Chandrababu Naidu. But the Centre had proposed to raise $300 million as a loan from the World Bank to build the city.

The World Bank had received complaints about forcible acquisition of land and it reportedly told the government that it wanted to send a team to verify the reports before considering the proposal. The Centre has not acceded to the request and has subsequently withdrawn the proposal for the loan. Hence, the World Bank announced that it has dropped the proposal as withdrawn.

Although the dropping of the loan is being touted as a setback in a section of the media, the YSR Congress government in Andhra Pradesh is not perturbed by the turn of events as it says that it knows about the irregularities committed by the TDP government. Chief minister Jagan Mohan Reddy had even constituted a cabinet sub-committee to inquire into the allegations after coming to power. The committee is expected to submit its report soon. The present government is most likely to reconsider land acquisition methods in Amaravati and will remove some contractors alleged to have been favoured by the previous government. It is also likely to explore other avenues of getting the loan, including the AIIB, after rectifying the irregularities.

Amaravati was to be ready for at least Andhra government offices by 2024 when the agreement for the sharing of Hyderabad as the capital for both the states ends. But apart from some buildings, not much has come up at the location. The showpiece of Amaravati now is the HRIDAY (Heritage Development and Augmentation Yojana) and the Tourism Ministry's PRASAD (Pilgrimage Rejuvenation and Spiritual Augmentation Drive) sponsored giant statue of Lord Buddha (see lead picture). Although the state government has shifted many offices to the region, it does not bear the look of a state capital. The YSR Congress government and the Centre would have to apply their minds to bring the city to life in five years, failing which the Telangana government will have to be persuaded to let Andhra use Hyderabad for some more years.