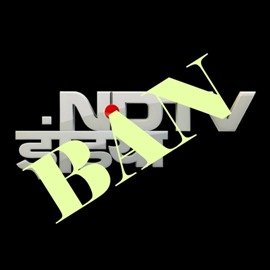 Editor-in-Chief of indiacommentary.com. Current Affairs analyst and political commentator. Writes for a number of publications. View all posts by this Author
Government actions are designed to achieve as much as to signal. So what is the government trying to achieve or say by banning NDTV India television channel for a day?

If it is trying to say that the alternative view and fair reporting and comment on events will not be tolerated and will be punished in such, or even more devious ways, it is showing siege mentality that is grossly misplaced in this digital age.

If it is trying to achieve a dominant position vis-à-vis the media and if it thinks that it can ensure a pliant media through threats and coercion, it is living in a fools paradise. Sections of the Indian media had once crawled when just asked to bend. Having learnt from that experience, the media is now not even going budge, let alone bend or crawl.

As it is, there is no dearth of fawning journalists and editors who see this government doing no wrong. They lap up every bit of government propaganda and consign media objectivity to the flames in putting out blatantly one-sided view of events. If those who seek to present the alternative or fair view are not allowed to do so, that will be the end of democracy.

Every person has the right to have his or her own opinion. Editors have the right to present news and views in the manner they think is best for their readers. In doing so, they can present multiple and divergent views or even take a particular line. That line can either be, or not be, supportive of the government view. The essence of democracy is to let a thousand ideas bloom and the carrier of these ideas is the media. To ban NDTV India now and to keep the ban on Kashmir Reader in place for more than a month is reprehensible.

The government has an easy excuse to ban newspapers and channels. It just needs to say that what is being published has the potential of disturbing public peace and inciting violence among communities. But it forgets that politicians of all hue habitually make much more incendiary speeches from public forums. Those speeches have incited violence many times. Yet these politicians are rewarded with plum posts. It is the media that is punished. Banning NDTV is the worst case of official vigilantism.

But divided though it is, the media stands solidly behind NDTV. The Editors Guild of India has already issued a strong statement condemning the action. It said "The Editors Guild of India strongly condemns the unprecedented decision of the inter-ministerial committee of the Union Ministry of Information Broadcasting to take NDTV India off the air for a day and demands that the order be immediately rescinded. The ostensible reason for the order as reported is that the channel's coverage of the Pathankot terror attack on January 2, 2016 that the government claims gave out sensitive information to the handlers of terrorists. NDTV in its response to a show cause by the government has maintained that its coverage was sober and did not carry any information that had not been covered by the rest of the media, and was in the public domain. The decision to take the channel off the air for a day is a direct violation of the freedom of the media and therefore the citizens of India and amounts to harsh censorship imposed by the government reminiscent of the Emergency. This first-of-its-kind order to impose a blackout has seen the Central government entrust itself with the power to intervene in the functioning of the media and take arbitrary punitive action as and when it does not agree with the coverage. There are various legal remedies available to both a citizen and a state in the Court of Law to have action taken for any irresponsible media coverage. Imposing a ban without resorting to judicial intervention or oversight violates the fundamental principles of freedom and justice. The Editors Guild of India calls for an immediate withdrawal of the ban order." Other senior journalists and prominent citizens have also condemned the action.

The government has to realize, sooner rather than later, that the days of arm twisting are over. The media is not going to be subjugated by the stick nor is it going to become pliant by dangling carrots. Enough enlightened young women and men have made their careers in the profession and their imagination is fired only by good work that is fair to all citizens. These young women and men understand that it is their duty to prevent government high handedness and subterfuge and ensure fair reportage of events. They are unlikely to buckle under pressure. The media is now too large and diversified to be as easily controlled as it was during the much despised Emergency. If the Modi government thinks it can do that by actions like banning NDTV India, it has another think coming.

This is not to say that some sections of the media are not driven by an agenda. There will always be a section that will blindly support the government and similarly, there will be a section for which the government will always be wrong. Yet another section will applaud the government for some of its actions and take it to task for the rest. In a democracy, it is not for the government to play favourites (although it has been going on since Independence that those newspapers that followed the government line were always blessed with more advertisements, given exclusive interviews and their editors were always given seats on important bodies). The government has to take the good with the bad and let the readers or the viewers decide. It cannot, under any circumstances, take away the fair reporting right of the media on specious excuses.