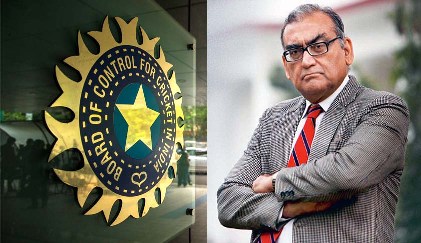 BCCI Legal Panel: Only Advisory in Nature for the Board

BCCI Legal Panel: Only Advisory in Nature for the Board

Editor-in-Chief of indiacommentary.com. Current Affairs analyst and political commentator. Writes for a number of publications. View all posts by this Author
picture courtesy: currentaffairs.adda247.com

Further, the BCCI is just trying to prolong the inevitable. If it had felt the need for a legal luminary, or luminaries, to advise it, the time was when the case was being heard in the Supreme Court. The BCCI is rich enough to have appointed Katju and several other retired SC judges to advise its lawyers before they made submissions in court. In fact, its battery of lawyers included several legal luminaries. One is also sure that lawyers representing the BCCI must have consulted constitutional experts at each stage of the case and billed the BCCI fancy amounts for that. Hence, this latest BCCI panel is just a ruse to escalate matters and play for time. The BCCI mandarins are still thinking that its political-bureaucratic network will get it out of this mess (if fact, its former president and former political heavyweight Sharad Pawar is rumoured to have told them that he is speaking to the highest authorities in the matter). Katju himself has done little but to rubbish the apex court order without much legal basis. But he has to do that to please his employers. While accusing the SC of trying to gain popularity by assuming legislative functions in making the order, Katju himself is trying to get attention by advising the BCCI to approach the SC for a review of its order by a larger, or even a constitutional bench. His ground is that the SC cannot interfere in the matters of a private society. Katju has either not read the SC orders in detail or he has not understood it or he has deliberately tried to gloss over important sections of the order to please those who have hired him to advise them.

It is clear from the final order and the one before that (the one that led to the formation of the Lodha committee) that the apex court has a clear view on the matter. While recognizing that the BCCI is a private society, the court has repeatedly said that by virtue of performing many State functions, it cannot function as a closed club and is amenable to the writ jurisdiction of the High Courts. This was explicitly said by the court in the first order.

Once it is established that the BCCI is amenable to writ jurisdiction of High Courts and is performing functions which are public in nature despite being a private society, it no longer enjoys the same kind of immunity that other private societies do. Its working and functions have to be transparent and accountable. It is handling enormous amounts of public funds and the public has a right to know how these funds are being put to use. It cannot function as a closed club. What Markandey Katju is saying about the Supreme Court decision on appointing the Lodha committee is obviously dictated more by the terms of reference of his appointment by the BCCI and less by legal wisdom. If BCCI had accepted the Lodha committee recommendations, there would have been no need for it to appoint a legal panel headed by Katju. But since it wants to further contest the Lodha committee, it wants Katju to pick holes in the SC judgment, which he is valiantly trying to do without much legal basis. There is one more angle to the issue. Katju is an outspoken person. He blogs regularly, is very active on social media, writes a few columns in both the print and digital media and calls press conferences at the drop of the hat. If he had felt the SC judgment on BCCI and the appointment of Lodha committee were bad in law or unconstitutional why did he not comment on the same till he was appointed to head the legal panel by the BCCI? Clearly, it is Katjus brief to rubbish the judgment and the Lodha committee and he is doing it to only to be true to his job. One is sure that a larger bench, or even a constitutional bench, of the apex court will deliver the same judgment as has already been delivered by the Supreme Court.