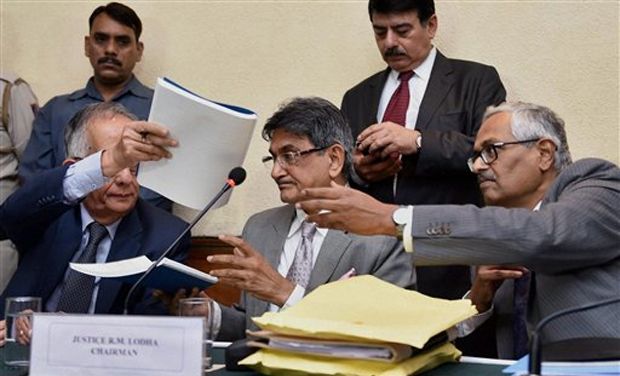 Editor-in-Chief of indiacommentary.com. Current Affairs analyst and political commentator. Writes for a number of publications. View all posts by this Author
The Lodha committeeÃ¢â¬â ¢s welcome judgment in the IPL betting case should be viewed as a first step, for the Supreme Court had given it a much wider mandate. With the urgent issue at hand out of the way, the committee should now focus on how it can clean up the mess in the BCCI, ensure that the body is run professionally and that its action are accountable. That is the least the cricket loving public, as also all stakeholders, expect of it.

The Lodha committee did not do anything out of the box. It just took the rules framed by the BCCI for the conduct of the IPL and applied them to arrive at its conclusions about the complicity of Meiyappan and Kundra in betting cases. It is a strong indictment of the way BCCI functions that an internal committee that examined the charges against the duo under the same laws had found them not guilty.

If one institution in India is a veritable repository of conflict of interest cases, nepotism and favouritism, it is the BCCI. For years, regardless of the person at the helm (except perhaps for some years under the late Madhav Rao Scindia), the BCCI has remained a closed club. That it has managed to keep its affairs hidden from public glare is largely due to the fact that politicians of all parties have held key positions in state or national BCCI committees, benefiting from its hospitality and largesse. These politicians ensure that the government of the day does nothing to disturb the cosy status quo.

But with cricket moving into multi-billion dollar league, especially after the IPL, the stakes have increased. Companies, broadcasters and sponsors that will pay the top dollar for acquiring teams or specific rights will want professional management. They will not like to deal with someone who wants work done just by dropping names. With financial laws also getting tough, the old regime of taking cutbacks in cash will also vanish. Everything will have to be above board.

Add to this the omnipresent media Ã¢â¬" acting as the public watchdog. After the Supreme Court had in its earlier order held that the BCCI, despite being a private body, was accountable to the courts as it performed certain public functions (like selecting a team that represented India in international tournaments, for instance), there is little the BCCI can do to keep its skeletons confined to the cupboard.

But since guys like Meiyappan and Kundra can always devise novel ways of fooling the system, especially in a body run largely on patronage, it is necessary that the Lodha committee finishes the job of cleaning up Indian cricket. It should go into the rules and bye laws of the BCCI and suggest ways on how the body can redraft them to make it professional, transparent and accountable. Since the status quo is not going to be changed by the government, as usual the onus of setting things right now lies with the Supreme Court appointed committee.