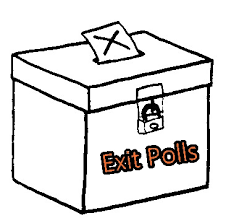 Editor-in-Chief of indiacommentary.com. Current Affairs analyst and political commentator. Writes for a number of publications. View all posts by this Author
Psephology has never been an exact science. The sample size, quality and the area from which it is collected matters a lot. There are always a sizeable number of apolitical voters who make up their minds in front of the voting machine and these âswingâ voters somehow escape the exit poll net and damage most predictions. Then, there is the question of analyzing the collected data by trained minds and arriving at logical results. In India, the last is always sacrificed in a hurry to be the first to air the results. Hence we have wildly varying predictions. Also, people try and arrive at something called the average of all predictions, which is not correct.

For Bihar elections, one this is clear. Apart from two exit polls, of which one predicts a sweep by the Mahagathbandhan and the other by the BJP combine, almost all of rest say that it is too close to call. The tenor of the campaign during the election, projected as one that will change the way elections are fought in India after this, was at first personal (with veiled abuses thrown in) and then highly divisive. At no point of time did the two combines put forward their vision of how they will develop Bihar. This is reflected in the exit poll predictions as the voter is confused. He had to select from two devils and he had not been able to make up his mind about who is lesser.

Four trends have so far emerged as one analyzes the exit polls. Given the divisive tenor of the campaign and the things that happened across the country during it, Muslims, now more than ever, have steered clear of voting for the BJP or anyone connected with it. They are not convinced about sabka saath sabka vikas in the face of rising incidents of minority suppression. Then, the hoped for consolidation of the Hindu vote has not happened to the extent the BJP wanted. A large percentage of Hindu voters have voted along caste lines. Also, the backward classes have not always preferred to vote for the Mahagathbandhan, meaning they are willing to forget caste loyalties to give growth a chance. Lastly, the Congress is set to be decimated, despite tagging on to the coattails of the Mahagathbandhan.

Although the results might still surprise many people, one thing is sure â if elections are from now onwards to be fought like they were in Bihar one hopes no elections are ever held.