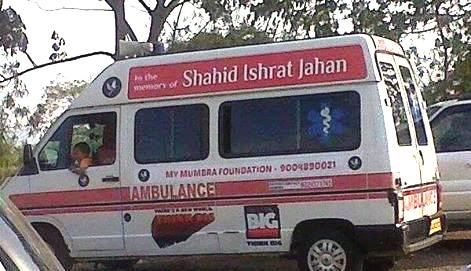 Editor-in-Chief of indiacommentary.com. Current Affairs analyst and political commentator. Writes for a number of publications. View all posts by this Author
Rubbishing Headley's Testimony
Is David Headley a compulsive liar and a turncoat who has used several government and terrorist organizations like CIA, FBI, NIA, ISI and LeT to further his own ends, as claimed by Adrian Levy, who co-authored the book The Siege: The Attack on the Taj? That would be crediting the man with a kind of intelligence that he obviously does not possess and saying that master interrogators from security agencies across the world are fools. It also creates a very low image of ISI and LeT, organizations that are known to detect, pursue and eliminate turncoats or betrayers in a cold-blooded and clinical manner. As things unfold, we see that it is not only the Pakistanis who will rubbish Headleyâs testimony â there are enough Indians who will cast a doubt too.

Is Headley's deposition admissible?
Having said this, two further things emerge from the questioning of public prosecutor Ujjwal Nikam. Was he leading the witness? When Headley said that he did not know of any female suicide bomber, was it proper for Nikam to give him several names to choose from in the manner of game show KBC (as pointed out by Ishrat Jahanâs lawyer Vrinda Grover)? In itself, this act of Nikam can amount to leading the witness. But when juxtaposed with the two paragraphs that were deleted by the UPA government from the original deposition of Headley conducted by NIA in the US, they seem perfectly admissible.

Why did UPA delete two paragraphs from original NIA report?
Headley had talked about an Ishrat Jahan module in those paragraphs in that deposition. The paragraphs were conveniently deleted by the UPA government to strengthen the case against the then Gujarat home minister Amit Shah and chief minister Narendra Modi. Mind you, one is not taking sides in the alleged encounter of Ishrat Jahan â fake or otherwise. The courts will decide on that. One is just pointing out the fact that what is now being considered hearsay evidence was in fact on the records a long time ago. Hence, it is not wrong to shake the memory of a witness to find out if he remembers what he had said several years back. In any case, the current deposition was being made in front of a judge and if he considers it inadmissible, he will strike it out. It is not for us, or even the defending lawyer, to say it is hearsay.

Vote Bank politics makes Ishrat a "shahid"
The question is what was a 19 year old college girl from Mumbai doing with known terrorists and charge-sheeted criminals? If one is known by the company one keeps, Ishrat Jahan was could not be considered as innocent. In this whole case, the most shameful thing is that some national political parties had taken a stand at that time that elevated Ishrat to the status of a martyr. Playing politics in case of suspected terrorists has grave consequences for national security. It drives a wedge between communities. The picture accompanying this article proves that the policies of the Congress at that time â of saying that Ishrat was not a terrorist and she was killed in a fake encounter â had made her âshahidâ for some. In India, we call a person âshahidâ only, and only if, he or she had died defending the country. It is shameful that suspected terrorists are also given this tag only because some politicians find building vote banks more attractive than upholding the nationâs honour.