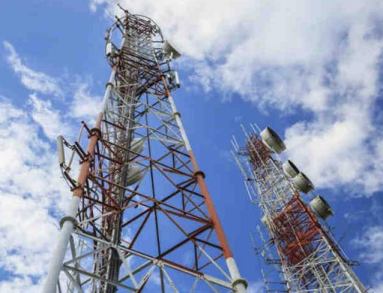 Editor-in-Chief of indiacommentary.com. Current Affairs analyst and political commentator. Writes for a number of publications. View all posts by this Author
Why do mobile calls drop? There are four broad reasons for periodic disconnection of mobile calls Ã¢â¬" infrastructure or other technical issues of service provider, increased usage of data transfers on the network (especially in 3G spectrum leaving little room for what is known as Ã¢â¬Åcell breathingÃ¢â¬Â), enclosed spaces and handset problems. If you have handset issues, you will find that other users of the same service provider at the same location do not face this problem. Then you have to get your handset repaired. Many times, the antenna or the call receiving IC is the culprit and it can be easily rectified.

Further, if you are in an enclosed space or higher floors, like an air-conditioned room or underground railway and if the building materials or other equipment interfere with the radio signals, you might experience unsteady voice quality and call dropping. This can be addressed by coming out of the room. But if you still have weak signals, you can ask your service provider to install a booster in or around the premises. Some skyscrapers need boosters every 20 floors or so to maintain call quality and reduce drops. If enough users are registered in the vicinity, the service provider might accede to your request.

But it is the infrastructure or other technical issues of the service provider that mainly cause the bulk of calls to get disconnected in India. Not only call drop, you might not even get through as you will get a reply that there is heavy congestion in the route. In every city, each mobile company operates hundreds, even thousands of cell towers. Each cell site is capable of handling 150-200 calls per second. Now, if the traffic exceeds this limit in a particular tower, it might not connect calls or disconnect those already in use. This can also happen if the Ã¢â¬ËhandoverÃ¢â¬â ¢ between one cell tower and another, as you move in a car while talking, is not smooth and efficient.

The alarming condition in Indian cities, where almost everyone, including the Prime Minister, faces call dropping, proves that despite India being the fastest growing cell phone services market in the world, not enough is being invested in creating infrastructure. As statistics for optimum load a cell tower can efficiently handle are known, as also the average frequency of calls during peak hours, an audit can easily reveal if the towers in place are designed to handle this traffic. There are other tricks to boost signals, like employing amplifiers from cell towers to networks backbone. The audit can also see if these are used.

Wireless networks are supposed to be designed in a way that aligns resources with normal peak call volumes in the most efficient manner possible. In India, it seems that service providers have either miscalculated peak call volumes or have deliberately put lesser resources in place to save on costs. The research required in analyzing the trade-off between costs and efficiency has not been undertaken seriously. There is also the possibility that the networks have grown faster than anticipated and cell towers have not kept pace. There is also the issue of resistance to cell towers being installed in many places as activists block installation for the harmful radiation they are said to emit.

But is putting all blame on the service providers correct? Some part of the blame must also rest with the government that has released spectrum thriftily and at ridiculous prices. If a mobile company is forced to invest a lopsided percentage of its capital in spectrum acquisition and is then put under pricing control and call carrying strictures, the resources left for infrastructure creation are reduced and the quality of service is bound to suffer. The government has asked mobile companies to get their act together before the ensuing spectrum auction. It would be wiser if the government keeps the floor price low and ensures that the companies invest in cell towers with the benefit that accrues to them.