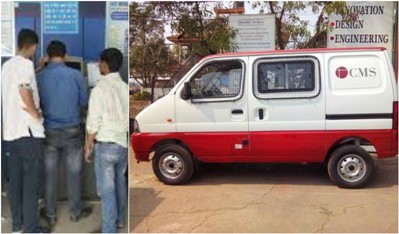 Editor-in-Chief of indiacommentary.com. Current Affairs analyst and political commentator. Writes for a number of publications. View all posts by this Author
The Automated Teller Machines, cash management and cash logistics work has largely been outsourced by Indian banks. Given this situation, the RBI was rightly worried about the competence and efficacy of the agencies carrying out this work for the banks. It has been studying this for the last couple of years through two inter-agency committees and has now recommended stringent guidelines for them, including enhancing of standards by the said agencies.

Instead of taking this up as a challenge and meeting these standards to update themselves to standards being followed across the globe, these agencies have started indulging in scaremongering. Hence, the public is being told that more than half the ATMs will shut down in the very near future. To a public used to randomly withdrawing cash from the omnipresent ATMs, this is a very worrisome prospect. At last count, despite digital banking and mobile payment apps, Indians withdrew nearly Rs 2.70 lakh crore a month from ATMs. Banks, too, encourage customers to use ATMs for both withdrawal and deposit instead of visiting branches. Given the paucity of bank branches, people are naturally worried for their cash requirements if such a large number of ATMs are shut down.

Cash logistics agencies handle nearly Rs 15000 crore cash on a daily basis. The RBI, in its new set of guidelines for these agencies, has decreed that the net worth of the service provider and their sub-contractors should not be less than Rs 100 crore. It has also specified that these agencies should have an all-India fleet of at least 300 specially fabricated cash vans with armed guards for moving cash. The Cash Logistics Association, while agreeing that these guidelines will improve standards to global levels, improve efficiency and reduce fraud, are worried that most of agencies will not be able to meet the requirements and it would increase costs in the short term.

But that is not for the RBI to see. It has talked to all stakeholders through its high-level committees constituted especially for this purpose and has come out with these guidelines. These guidelines are not arbitrary. India is growing at a fast pace. Given the propensity of Indians to spend in cash, the logistics industry is also expected to grow at a fast pace. If global standards are not enforced now, there will be a lot of problems later on. The industry needs big players who can adhere to these standards. It can also do with a few mergers and acquisitions. Since fraudsters are taking advantage of improving technology to get smarter by the day, the industry must also improve standards to stay a step ahead of them. After all, no one, least of all the RBI, can be expected to allow them a free run in handling such huge amounts of public money.