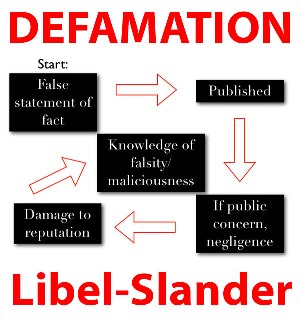 Defamation: One Suit for One Statement

Defamation: One Suit for One Statement

By our team of in-house writers. View all posts by this Author
What happens if you, by any chance, make a statement against any organization that is considered slanderous by any of its members who are located all over India? In a bid to cause you maximum harassment and expenditure, the members will file defamation cases against you in various courts in India. You will be at your wits end replying to all the notices, arranging for lawyers to represent you in those courts and keeping track of all the dates for hearing. One slip and you might end up in jail. Instead of them being victims, you become one.

Taking cognizance of this ugly fact, the Supreme Court, during hearing several petitions challenging the validity of criminal defamation, observed that when a supposedly derogatory statement is made against an organization or an organized group, there should be a procedure whereby only the group itself or a person authorized on its behalf should be allowed to file and pursue a complaint. It rued the fact that an RSS pracharak could file a complaint against Rahul Gandhi for defaming the organization. It said that there should be some authorization before such complaints can be made. It is an extremely relevant observation which if followed will reduce frivolous cases and save the time of courts all over the country.