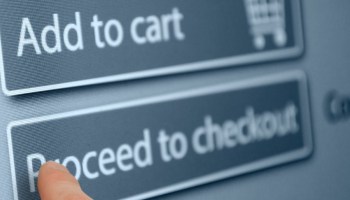 Ecommerce Cannot be About GMV Alone

Ecommerce Cannot be About GMV Alone

Editor-in-Chief of indiacommentary.com. Current Affairs analyst and political commentator. Writes for a number of publications. View all posts by this Author
There is much that is wrong with the business model that is being followed by ecommerce platforms. In the past, unlimited funding on the back of unrealistic valuations resulted in puffed up chests and a state of denial about problems in these companies. The valuations based on gross merchandise value (GMV) or sales on the platform, were extremely unrealistic. Due to this, some companies have become unicorns (or a start-up that is valued in excess of one billion dollars)without either showing a single dollar in profits or even showing a business model that promises profits in future. Snapdeal has become the first ecommerce firm to admit that mistakes were committed and that turnover is vanity and profit is sanity. It has promised to run a tight ship in future, with focus on profitability. This attempt to correct the course comes when funding has dried up (Japanese investor SoftBank, which is the principal investor in Snapdeal, has twice written off its investments in the company).

Any sane businessman would not have been faulted if he had wondered what kind of business these ecommerce platforms were running. Anyone can sell anything in the world by giving it at a hugely discounted price. Platforms like Snapdeal, Flipkart, Jabong and others were just competing to sell by giving absurd discounts to customers. In this kind of a model, the more your market share, the bigger will your losses be. Driven by the need to show a high GMV to get fancy valuation in order to have access to funding, these platforms lost track of the basic business reality  profitability. Most believed that profits will come with time. But profits do not materialize out of thin air. The total of cost of sales and the cost of marketing and selling (CSCMS) has to be lower than the selling price to bring in profits. These companies are selling much lower than their CSCMS. Hence, profits are a distant dream for them.

The mistakes were many. Following the deep discounting model was the biggest error. Every ecommerce platform sells everything in a me-too environment. Hence, to attract customers, they offer discounts that eat away the profit. Hiring more people than was required and hiring them at fancy salaries was also a big mistake. Then, unleashing cash-gobbling marketing campaigns in every possible media drained their finances further. In the end, funds that were meant to expand the business or streamline processes and make them robust were spent in promoting the company or offering discounts. The result is that these companies are deep in the red, with no idea how they are going to turn profitable.

The foreign funding agencies are also at fault. Their principle of funding on GMV was erroneous to begin with. Later, they allowed these companies to sweet talk them into further rounds of funding despite not having a roadmap to turn profitable. Now that the funders have turned strict, these companies will have to think of a different business model to survive. The Indian consumer is wily. If they cut on discounts, he will go to his friendly neighbourhood grocer or look for bargains elsewhere. They have spoiled the consumers and he is not going to back them if they do not continue with massive discounts. This is one thing that is going to play on the minds of these companies as they set out to correct course.