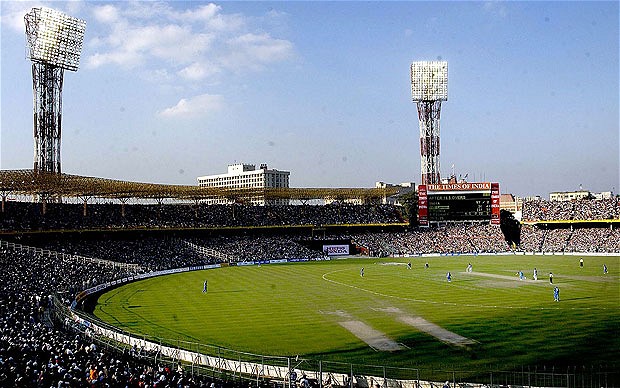 Editor-in-Chief of indiacommentary.com. Current Affairs analyst and political commentator. Writes for a number of publications. View all posts by this Author
An unnecessary controversy seems to be brewing over the Cricket Association of Bengal (CAB) President Saurav Gangulyâs decision not to allow a Ghulam Ali concert at Eden Gardens in Kolkata. Those criticizing Ganguly should keep two very vital facts in mind: one, the Eden Gardens is meant for cricket and it should be used only for cricket and two, the CAB is the sole deciding authority on whether to lease out the arena for non-cricketing events and in doing so, it will always look at its cricketing calendar to see whether the damage caused to the grounds can be repaired in time.

Comparisons with past events cannot and should not be made as even fifteen years ago, cricket was primarily a winter game and the stadium could be used for other purposes between April and September. It was in fact let out to the Army for holding its âMilitary Tatoo.â But ever since cricket was started being played the year round, the CAB has not even allowed the Army (which incidentally is the custodian of all lands which comprise the so-called Maidan in Kolkata, or an area surrounding the Fort William and hence has custodial rights over Eden Gardens) to hold its annual event there.

Being an ex-player, Saurav Ganguly is clearly more concerned about cricket than a Ghulam Ali concert and is not going to let his facility go to seed to score brownie points. With the World T20 coming up and the final of the mega event slated to be held at the prestigious Eden Gardens, CAB will not take any chances. It will be disastrous if political pressure is put on Ganguly. For, in the past CAB bungling had taken away a few World Cup matches from the Eden as the ICC found that the facility was not ready as per its stadium guidelines. If World T20 is also taken away from Eden for a mere musical concert, it will rob Kolkatans a chance to see the finals of a World event after a long time.