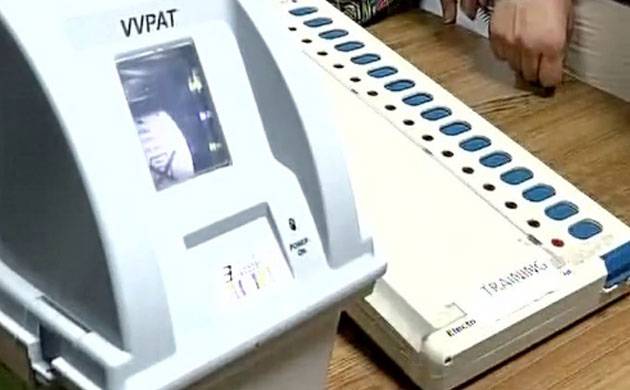 Going After EVM's Will Not Do

Going After EVM's Will Not Do

Editor-in-Chief of indiacommentary.com. Current Affairs analyst and political commentator. Writes for a number of publications. View all posts by this Author
The Election Commission and the EVMs have become the favourite knocking stumps of disgruntled politicians. It seems that the people do not matter at all; it is the machines that are hacked to engineer results. First, opposition politicians claimed EVMs were being hacked, mainly after the UP election results, and demanded that voter verifiable paper audit trail (VVPAT) be introduced without delay. The Election Commission and the government gave in to this demand and held the elections with VVPAT in Gujarat. Yet, the likes of Hardik Patel and the Congress continued complaining about EVM hacking and their grouse became more pronounced after the (widely off the mark) exit polls were announced. On the one hand all politicians claim that exit polls are not true while on the other they start complaining about the ruling party rigging the elections if such polls show the ruling party winning the elections.

After the exit polls, Patel and the Congress were claiming that the BJP had indulged in massive EVM hacking to win so many seats. Now, after the results show that the BJP has suffered a huge setback, Patel is saying that systematic EVM hacking was done to ensure that 15 to 20 seats that went to the BJP by a margin of less than 3000 votes were secured. How convoluted can one get! If EVMs were hacked, how does Patel explain the near rout of BJP in Saurashtra? If at all the party wished to secure seats, it would have done so in that region as there were all indications that it was facing a rout there. The EC has confirmed that VVPAT have more or less matched with the EVM votes. That should convince most educated people. But perhaps defeat makes even educated people throw out logic from their reasoning process.

The fact of the matter is that neither does the EC act as the stooge of the government nor are the EVMs hacked. Of course, in an election of this scale, some machines are going to malfunction as they did in Gujarat. The EC was prompt in replacing the same and ensuring a smooth and violence-free election. The opposition should be proud of the fight they put up and recognize the fact that in the end it was not enough to topple Narendra Modi in his own backyard. Instead of making excuses, they should be happy that they have given him a bloody nose and maybe some sleepless nights. They should build on this and keep nibbling at BJP support bases in the state to ensure that next time they do not fail. Going after technology is not going to do as the future will bring more of it. Paper voting is a thing of past and cannot be reintroduced. The sooner politicians realize this the better.