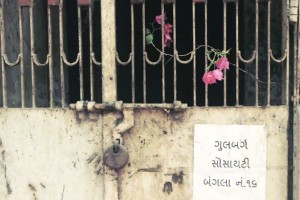 Gulberg Society Judgment: Gravity of Crime Ignored and Watered Down

Gulberg Society Judgment: Gravity of Crime Ignored and Watered Down

Editor-in-Chief of indiacommentary.com. Current Affairs analyst and political commentator. Writes for a number of publications. View all posts by this Author
After 14 long years, during which time a lot of things happened or were made to happen to tamper with the due process of justice, the Ahmedabad special court has finally found only 24 out of the 60 accused guilty of rioting and murder in the Gulberg Society case. It has handed out life imprisonment to 11 and milder sentence of seven year terms to the rest. It has ruled out the conspiracy theory and through its pronouncements in the order, sought to view the case as a âspontaneousâ expression of protest after the Godhra killings that took a turn for the worse after firing by Congress MP Ehsan Jafri.

This is a very simplistic and ultra lenient view not truly based on the way events played out at the Gulberg society that day. An armed mob had laid siege to the residential apartment block, baying for the blood of the inhabitants. Obviously, they had not come there to witness a qawali performance. Phone calls by residents to police were either not answered or not attended to. The judge thought that the crowd went mad after Jafri fired in self-defence. Since it is clear they had gathered there to take revenge on a particular community for the Godhra killings, it is wrong to assume that the shot Jafri fired made them do what they did to him after that.

Newspaper reports the next day chronicled the extreme hatred-driven-madness perpetrated by the mob at Gulberg society. They had stripped Jafri, broken and chopped off his fingers and limbs before throwing him in a fire alive. Even if it was not a conspiracy, it was a cold-blooded and beastly act that sought to punish an innocent person for alleged crimes committed by others, just because he belonged to the same community. Just for this, the perpetrators did not deserve a âsecond chance to reform and rehabilitateâ which the court thought they did.

The chain of âthey-did-this-to-us-so-we-should-do-this-to-themâ can only be broken when culprits who instigate such revenge mongering are identified and handed out exemplary punishments mandated by law without taking a lenient view. Sadly, the court has missed out on the opportunity to tell lumpen elements and their backers, and the society at large, that law will not be an indulgent parent if hate crimes of such nature are committed.