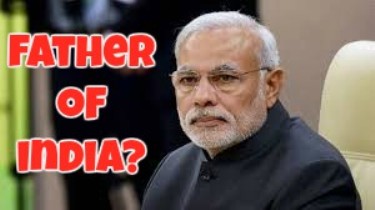 Identifying The Leader With The Nation Is Dangerous Sycophancy

Identifying The Leader With The Nation Is Dangerous Sycophancy

Second or third rung politicians in India have sycophancy in their blood irrespective of the political colour they represent. So is the habit of hailing one's leader as Supreme and by that token, to be the only one to be identified with or as the Nation itself. Any criticism of the leader was and is, per se, criticism of the Nation according to such leaders. Hence, when Congress leader D K Barooah had said that "India is Indira and Indira is India" he was just taking such sycophancy to its peak. People were not surprised at that time but took it as a 'devotional' chant from a sycophant.

Times have not changed. When Union minister Jitendra Singh says that those who criticize US President Donald Trump for calling Prime Minister Narendra Modi "Father of India" and are not proud of the fact that Modi is indeed the 'Father' of India are not Indians, he is showing the same devotion as shown by the likes of D K Barooah. Once again, the Supreme leader is being identified with the Nation and it is being said that any criticism of the leader is a criticism of the Nation. It is being said that those who do not recognize the Supreme leader as the only one to be identified with or as the Nation are 'traitors' and do not deserve to be its citizens. The Father of the Nation is Mahatma Gandhi and no other leader can aspire to match his stature. Obviously, the Nation cannot have two Fathers. Perhaps Jitendra Singh wants to believe Trump and replace Mahatma Gandhi.

This was, and still is, a dangerous theory. Just months after the devotional chant from Barooah, the Supreme leader in Indira Gandhi was so filled with her own importance that she declared a national emergency when faced with rising opposition to her dictatorial policies and incarcerated almost everyone who was not a Congressman or held a view that Indira was not India. If now sycophants in the BJP keep on egging Narendra Modi, who knows what will befall the nation? Already, the likes of Sakshi Maharaj have said that there will be no elections in India in 2024 as Modi, after winning in 2019, will continue to rule for as long as he wishes or lives.

Despite Modi himself being humble and calling himself the Pradhan Sevak of the nation, the people around him are just fawning sycophants. The Prime Minister must tell them not to cross the line. Praise must be showered in moderation. No leader is Supreme. He is supreme till the time people think he is and vote for him. In any case, no leader can be compared to or identified with or as the Nation. India is much bigger than Indira or Modi. They are just sevaks who come to manage the affairs of the Nation on the bidding of the people. Hence, people in the BJP must not discredit Indians who do not think what Trump said was right.