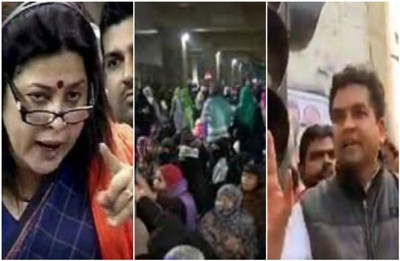 If The Delhi Riots "Were In The Making For Months", Why Did The Government Not Act To Prevent Them?

If The Delhi Riots "Were In The Making For Months", Why Did The Government Not Act To Prevent Them?

In the debate in the parliament over the Delhi riots, BJP MP Meenakshi Lekhi is reported to have said that the riots "were in the making for months". It was a strange statement to make and was a kind of self-goal. If the party, and by extension the government, knew that the riots were in the making, then why were steps not taken to prevent them? Is it the duty of the government to only control the riots once they happen or is it also tasked with trying to prevent them by not letting people ignite the fires?

But what did the party do despite knowing that a riot-like situation prevailed in the capital as peaceful protests over the CAA/NRC/NPR continued? It allowed party leaders to make inflammatory and openly divisive speeches, first during the campaign for the Delhi elections and then under the guise of organizing pro-CAA rallies. These leaders went about calling the protestors traitors and incited the crowd to complete the vile slogan coined for the purpose - desh ke gaddaron ko, goli maaron saalon ko. They forgot that no one had given them the right to call others traitors and even if they unilaterally identified a set of people as traitors, they did not have the right to call for or incite others to call for, shooting them down. The party, hoping to consolidate the Hindu vote in the Delhi elections, neither rebuked nor muzzled these leaders.

If the riots in Delhi were indeed in the making for months, the fault lines were established by the likes of Kapil Mishra, Parvesh Verma and Anurag Thakur. In any other situation where the government had anticipated a riot-like situation, there would have been mass preventive arrests and other repressive measures. There could have even been a lockdown like the one clamped in J&K. But since the party itself was bent on creating a riot-like situation, it allowed its motor mouths to adopt extremist postures. Even after Amit Shah admitted that inflammatory slogans might have resulted in the debacle in Delhi, there was no check put in place for preventing Kapil Mishra from inciting violence. As a result, he became bold enough to order the police to clear the Jafrabad roads of anti-CAA protestors failing which, he said, he would do it himself with his supporters. That was the trigger for the riots.

One hopes Ms. Lekhi will understand the chronology now.