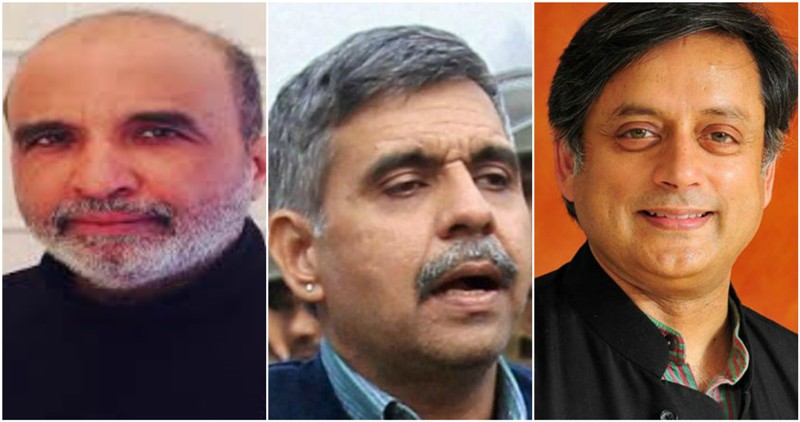 Intolerant Congress Cannot Swallow Constructive Criticism, Even From One Of Its Own

Intolerant Congress Cannot Swallow Constructive Criticism, Even From One Of Its Own

Despite accusing Narendra Modi and the BJP of being intolerant and centralizing power, the Congress party has always displayed a strong dislike for anyone who questions the high command - which in effect means one family - or tries to question the way the party functions. The latest to come in the line of fire of the Gandhi family is the erstwhile spokesman of the party, Sanjay Jha. He was also the party's face on television channels in various debates on current issues. He has been replaced by Abhishek Dutt and Sadhna Bharti.

What was Sanjay Jha's fault? He tried to show a mirror to the party leadership. In a signed article in a national newspaper, Jha wondered whether the party leadership was concerned enough to bring it back on the rails. He had written that "the Congress has demonstrated extraordinary lassitude, and its lackadaisical attitude towards its own political obsolescence is baffling." He added that for someone like him who was "permanently wedded to Gandhian philosophy and Nehruvian outlook that defines the Congress, it is dismaying to see its painful disintegration." He stated that he was not alone in thinking like that and there were many in the party "who cannot comprehend this perceptible listlessness."

Instead of taking it as constructive criticism from one of its own, the party high command, as is its wont, has taken it as an affront and a sign of rebellion. It has moved quickly to cut Jha to size. If the same sense of urgency and decisiveness was displayed in intra-party matters or matters of national importance, Jha would not have had to pen the critique in the first place. The entire nation knows that Sonia Gandhi is destroying the party by foisting on it a supposedly newer version of Rahul Gandhi at regular intervals. And the entire nation also knows that Rahul is a reluctant politician and no amount of tutoring or image management will make him ready for the job.

The main agenda of any family-run political party is to project and protect the family at all costs - all other things are incidental to that. All decision-making bodies in the party are just for name and are subservient to the family. It is obvious that in such a scenario, Jha's concern for redeeming the party is a cry in wilderness. Earlier too, Sandeep Dikshit had raised this question. He had said that he was dismayed that the senior leaders of the party were doing nothing to arrest the fall of the party. He put it succinctly when he said that "sometimes you want inaction because you don't want a certain action to happen." His views were seconded by Shashi Tharoor. But nothing happened then and nothing will happen now. The Congress will not change just because some non-Gandhi's have reservations about its functioning.