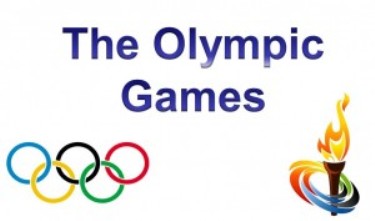 Is India Ready to Host the Olympics?

Is India Ready to Host the Olympics?

Editor-in-Chief of indiacommentary.com. Current Affairs analyst and political commentator. Writes for a number of publications. View all posts by this Author
There have been occasional, ill-advised, murmurs of India bidding to host the Olympic Games. It has happened many times in the last decade or so. But is India ready to hold an international event of such magnitude?

Obviously, there would be huge fillip to infrastructure in the cities the Games will be held. There would be private investment as well, in hotels and other tourism avenues like vehicles. If the Games are successfully held, there will be a huge amount of goodwill generated for the country. There will be other spin-offs for industry as well as services. But are the Olympic Games held in any country for these reasons?

The first and foremost consideration before holding an international sporting event must be the readiness of our athletes and sportspersons to take advantage of the same. So the question that must be asked is whether India has athletes who can win any respectable number of medals  let alone gold  at the Olympic Games held in India? The answer is a resounding no. As Abhinav Bindra, himself an Olympic gold medallist, has rightly pointed out, without having a pool of such medal winning athletes, it is pointless to hold the Games in the country.

The last Olympics, at Rio De Janerio in Brazil, had cost that nation roughly $46 billion. That translates to Rs. 3 lakh crore, which is huge amount for a country like India. If this money, or even a quarter of it, is dedicatedly used over a period of ten years in spotting talent, nurturing it, providing it with world class training infrastructure and coaching and letting the pool of these athletes compete in events worldwide, India would have the strength to hold the Olympics, not before that.

Bindra made another point. He said India is confused about the place of sports in the life of its children. As always, he has found the target. Not even 0.5% of the schools in India follow sports as serious activity. Most have an apology of a Physical Training teacher only because it is mandated by the government. Schools save money by not imparting sports training and just hold an annual sports day which is more often than not a picnic-cum-jamboree for all concerned. It seems India still follows the old saying padhoge likhoge banoge nabab, kheloge kudoge howoge kharab. Although many new age schools have started focusing on sports (there are even dedicated sports schools, both government and private) and many parents have also started sending their kids to private coaching institutes, the percentage is abysmally low. Unless India changes its attitude towards sports and recognizes the fact that one does not get spoilt by playing games, we will come back from each Olympics with less than half a dozen silvers and bronzes, with an occasional gold thrown in.