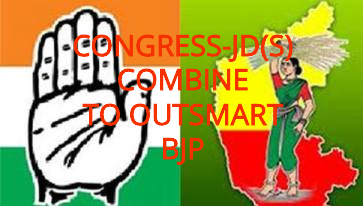 Karnataka: Ideally, The BJP Should Sit In The Opposition

Karnataka: Ideally, The BJP Should Sit In The Opposition

Editor-in-Chief of indiacommentary.com. Current Affairs analyst and political commentator. Writes for a number of publications. View all posts by this Author
With the numbers not going in its favour and the JD(S)-Congress joining hands, will the BJP sit in the opposition and let Kumaraswamy become the next CM of Karnataka? On the face of it, that should be the best way for the party. But in democracy, there are many threads and each thread is exploited differently at different times. Forgetting Goa and Manipur, the BJP now says that it is not going to allow the Congress and the JD(S) to usurp the peoples verdict. But how is the party going to form the government with only 104-105 seats it is expected to finally get? Let us assume that the two independents will support it and it will win the two seats where elections have been deferred. It will still have only 108-109 seats, 3-4 seats short of majority. The Congress (76-78) and the JD(S) (37-39) together have 115 seats, a clear majority. Clearly, although the BJP can claim support of a majority of Kannadigas (though even that is doubtful as the vote share of both Congress and BJP is almost same), they have not given it enough seats to take a shot at forming the government.

Yet, anything can happen in the given situation. The governor can cite custom (although not followed in recent times in Goa and Manipur) to invite the BJP first as it is the single largest party. Once that happens, apart from the cacophony of charges about murder of democracy from the opposition, horse trading will start immediately. For, the BJP alone is definitely not in a position to form the government. Or he can see the writing on the wall and invite Congress-JD(S) to form a stable government. Ideally, the BJP should inform the governor that it is not in a position to form the government and let Kumaraswamy become the CM with Congress blessings. Then, it should wait for the alliance to self-destruct. With Congress having more than twice the seats that JD(S) has, it is now yielding the CMs chair to Kumaraswamy just to prevent the BJP from forming the government by offering a deal to the JD(S). This arrangement is not going to last. It will be in BJPs interests not to form the government now. But will the aggressive Amit Shah and ambitious Yeddyurappa take this line?