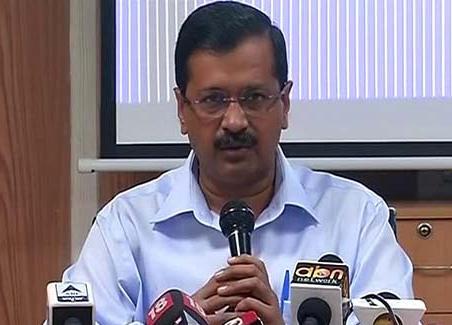 With Kejriwal It's Not WYSIWYG But MIHTWIV

With Kejriwal It's Not WYSIWYG But MIHTWIV

Editor-in-Chief of indiacommentary.com. Current Affairs analyst and political commentator. Writes for a number of publications. View all posts by this Author
The Shunglu Committee report has exposed Arvind Kejriwal for what he is  a megalomaniac and a fraud of the highest degree. The only good thing one can say about him is that he must be one of the fastest learners in India. In a space of just 6 years, Kejriwal has learnt all the tricks of the trade that the very politicians he despised in his Anna Hazare-India Against Corruption days use to further their personal and political ambitions. The Shunglu report shows that in Delhi, Kejriwals word is law. He functions as a dictator, overruling officers, imposing his own will, flouting norms, not blinking while conducting financial irregularities, appointing unqualified relatives of ministers to important government posts, making the government of Delhi pay for his personal expenses and worse.

To those who have followed his meteoric rise this is not surprising. Since the very beginning of his political career, Kejriwal has behaved in a manner that indicates that he considers himself to be the Supreme Lord and all others to be fools, destined to serve him without demur. People talk of Modi bhakts, but a bigger body of swooning Kejriwal bhakts exists. They have been so mesmerized by his fake image of a fighter against corruption that they fail to see that it is just a façade. He is more corrupt than most other major politicians. All his decisions are opaque while he cries hoarse over transparency in public life. With Kejriwal, it is not WYSIWYG. It is MIHTWIV  or more is hidden than what is visible.

Kejriwal and his AAP are functioning like a big kitty party set up. Kejriwal behaves like the richest of the group and all others look up to him for favours. He dishes them out as if Delhi is his personal fiefdom. If it was not for the constitutional check of the Lieutenant Governor, the situation would have been worse. The way he asked officers of the Delhi government to clear the bills of lawyer Ram Jethmalani for defending him in a personal case speaks volumes for the kind of man he is. He can stoop to any level to achieve his burning personal ambition. The problem is that the Kejriwal bhakts cannot see through the cleverly constructed shield that he has put up between his public and private persona. Behind that supposedly intelligent demeanor lurks a wicked man and it will not be long before the public finds that out.