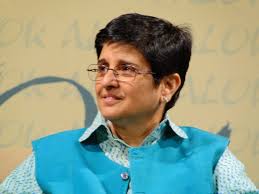 Editor-in-Chief of indiacommentary.com. Current Affairs analyst and political commentator. Writes for a number of publications. View all posts by this Author
Kiran BediÃÂ¢Ã¢âÂ¬Ã¢"Â¢s high octane admission to the party might turn out to be a double edged sword for the BJP. While Bedi is expected to lead its campaign on the streets, there will be protest if she is made the partyÃÂ¢Ã¢âÂ¬Ã¢"Â¢s candidate for the chief ministerÃÂ¢Ã¢âÂ¬Ã¢"Â¢s chair. There are several claimants for that ÃÂ¢Ã¢âÂ¬Ã¢â¬Å chief being Harsh Vardhan, Vijay Goel and Satish Upadhyay. All of them are long-standing loyal soldiers of the party and might be miffed if an outsider like Kiran Bedi is made the chief minister. Also, by doing so, the BJP will be following in the footsteps of the Congress, which it so despises, by foisting a leader from the so called High Command. It remains to be seen how the party workers react to this development.

However, if this is just a strategy to rattle the AAP (Bedi was a trusted Kejriwal lieutenant in the Anna Hazare-led Lokpal movement, who parted ways with him only when he started AAP against the wishes of Anna), then it may or may not work. AAP is suitably rattled for now, with poet Kumar Vishwas calling her Jaichand (traitor) in a couplet penned by him. But in the long run, it is sure to try and put Bedi down for having joined the ÃÂ¢Ã¢âÂ¬ÃÅestablishment.ÃÂ¢Ã¢âÂ¬Ã¢"Â¢ Of course Bedi can turn around and say that Kejriwal, Sisodia and Vishwas are all traitors too, having ditched Anna before her for a party of their own. But the very fact that she herself has found Narendra ModiÃÂ¢Ã¢âÂ¬Ã¢"Â¢s leadership ÃÂ¢Ã¢âÂ¬Ã"inspirationalÃÂ¢Ã¢âÂ¬ÃÂ after 8 long months, and that too just before the Delhi elections, shows that she is opportunistic. That said, Bedi is a known and hugely respected face in Delhi. However she had discredited herself somewhat by indulging in some ugly play acting on stage at the Anna Hazare fast.

Projecting Kiran Bedi as the partyÃÂ¢Ã¢âÂ¬Ã¢"Â¢s face in Delhi has its drawbacks. It immediately gives the impression that the party is wary of Arvind Kejriwal and AAP and is hence using a person who was connected with him in the past and has a squeaky clean image herself to neutralize his clean image. It also gives the impression that the party does not think much of its own people in Delhi. In the past too, the party has admitted turncoats from Congress and other parties. The BJP does not need to do this. It has loyal leaders who are capable of leading it in states as well as taking up responsibilities at the centre. If Bedi is made Delhi chief minister, I for one will not like it.