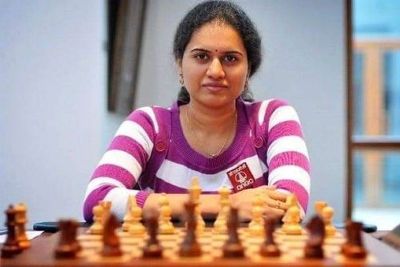 Koneru Humpy: Back To Being A World Champion

Koneru Humpy: Back To Being A World Champion

After several misses and a long period of lay-off that rusted her skills somewhat, Koneru Humpy is back to being the champion player she always was. She won the World Rapid Championship for women at Moscow a few days back and established her supremacy in women's chess. Humpy has always preferred the traditional format to the rapid one although she started her career as a rapids player. Also, since returning to competitive chess after a two-year maternity break, Humpy was struggling to find form. She was too slow in making her moves and hence her performance at the championship was all the more creditworthy. It showed how a true champion can adapt and regain form quickly.

Koneru has the right credentials and past performances to be a great champion. She had won the World under-10 in 1997 and then the World Juniors (under-20). By adding the World Rapid crown, she has announced that her hunger has increased. All players on the circuit will now have to watch out for her. She is already leading the Grand Prix and if she continues with her current form and stays the leader, she will get the top seed at the next World Championships. That would make things better for her.

The nerves of steel that Humpy displayed in the Rapids final are the stuff champions are made of. She was up against Lei Tingjie. The Chinese player is a crafty rapids opponent. Koneru lost the first round but regained her touch to win the next one. In the final round, she forced Lei to settle for a draw and won the championships. But Koneru knows that the real stuff is the World Championship in the classic format. She has her eyes set on winning that. If she doesn't falter from here on, it seems India will soon get another world chess champion in the classic format.