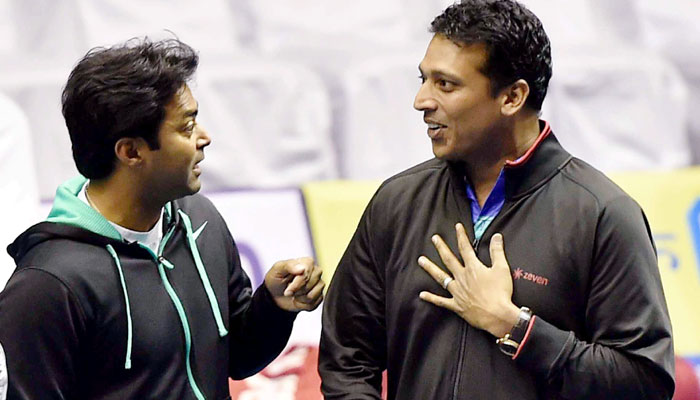 Editor-in-Chief of indiacommentary.com. Current Affairs analyst and political commentator. Writes for a number of publications. View all posts by this Author
If it is to be believed that nothing can be ad infinitum, then a line has to be drawn somewhere. The time, place and circumstance under which the line is drawn often create problems and controversies. In sports, this problem is even more acute. When a sportsperson retires, people often say he or she did so quite early and could have played for a few more seasons. There are others who will say that he or she got the timing right while still others will heave a sigh of relief and say it was about time.

The reason for narrating all this is just to show there is no perfect time for a sportsperson to retire. As long as the fire is burning inside, the time spent in the arena is not stressing the body, the competitive spirit is alive and most importantly, as long as playing the game is enjoyable to the person concerned, there is no reason for him or her to retire. Age is not a factor, unless the body fails to keep pace with mind and soul. No sportsperson would want to make a spectacle of self by just going through the motions. The same goes for player selection in team sports. Regardless of age, selectors generally select in-form players who are producing results, unless the focus in not on here and now but on building a team for the future. In that case, old warhorses are often overlooked in favour of promising rookies.

But that is just one angle. Another angle to the issue arises from the fact that the sporting space in every discipline has become highly crowded and hence equally competitive. In team sports, spots are limited and there are others breathing down the neck for the same spot. In such cases, sportspersons can lose their place in the team for a variety of reasons which include temporary loss of form, injury, sporting rivalry, change in team management, change in team policy or if someone else is considered a better player at that point of time.

Having read the above, will the reader be able to spell out exactly why Leander Paes was not picked to play the doubles for the Indian Davis Cup team for the tie against Uzbekistan recently? One is afraid he or she will not be able to do so because of the simple reason that all of the above and some other things contributed in Paes unceremonious removal. Initially too, the new non-playing captain, Mahesh Bhupathi (with whom Paes has a running feud since 2002 which intensified in 2012, after decades of friendship and fruitful doubles partnership), had asked the selectors to give the nod to only four specialist singles players  all youngsters who were performing well this season - in the team, keeping Paes and Rohan Bopanna as reserves. But when top singles player Yuki Bhambri pulled out due to injury days before the tie, it became almost certain that one of Paes and Bopanna would play the doubles.

In the end, when Leander Paes was left out and Bopanna was preferred, it created a huge controversy. To put things in correct perspectives, Paes was having a lean season this year. He won his first title of the year just days before the Uzbekistan tie, after a string of losses. But then, things were not rosy with Bopanna too, who has a 9-7 win-loss record this year. Paes was especially furious because he had been made to come all the way from Mexico, only to be told his services were not needed. He questioned the selection policy which he said was not consistent. He said that sometimes it was based on rankings, sometimes on form, sometimes on the game preference of players (who plays deuce and ad courts) and other times on likes and preferences of the team management. Paes reiterated that currently the selection criterion was form, but it was not adhered to in his case. It must have hurt badly since it was the first time Leander Paes was not in the Indian Davis Cup team in 27 years, and that too when he is on the cusp of being the player with the highest number of Davis Cup doubles wins (he already has 42 victories and needs one more to cross Nicola Pietrangeli of Italy, with whom he is now the joint top winner).

While some former players were critical of the way Paes was treated, Jaidip Mukherjea put things in correct perspective when he pointed out that since the team management had made it clear that players should report on Sunday, Paes was wrong in reporting on Wednesday. Mukherjea said that team discipline cannot be violated by anyone, however great. There were whispers in All India Tennis Association (AITA) too that Paes late arrival had gone against him. Some sources even pointed out that he had made it a habit of reporting late. Others pointed out that the association had given him enough hints in recent months to retire from Davis Cup to make way for emerging youngsters. Was the appointment of Bhupathi then a hatchet job carried out by the AITA in order to get rid of Leander Paes, given the fact that they do not see eye to eye? It is difficult to believe that a seasoned pro like Bhupathi will allow people to fire at Paes using his shoulder. But it might not be entirely untrue, given the relationship the duo shared in the past and how it broke down, with much dirty linen being washed in public.

Paes and Bhupathi formed an awesome doubles partnership. Together, they won an amazing 25 Davis Cup rubbers and three Grand Slams. They were called the Indian Express for their amazing on-court chemistry and visible camaraderie. They were all over the place off-court and the social circuit buzzed with whispers about their escapades. Model Anupama Verma was at one time said to be cavorted by both, although she later said in an interview that she was with Bhupathi and Leander was a thorough gentleman. Another bone of contention between the two was Bhupathis coach Enrico Piperno (like Leander Paes, an Anglo-Indian Kolkata boy). Leander never liked Piperno and asked Mahesh to drop him in 2000. Before that, in a televised interview, Paes had said that 1999 was their best year together on court and the worst year off it. That one remark gave a clue to the complete lack of trust between the two. When trust is not there, even small things assume gigantic proportions and Paes-Bhupathi were never the same formidable team thereafter.

They attempted many comebacks together but success eluded them. Later, Indias young brigade, mainly Rohan Bopanna, Sania Mirza and Vishnu Vardhan, refused to partner with Leander Paes in doubles. While no one said it explicitly, whispers were always there that since most of these youngsters were trained at Mahesh Bhupathi Tennis Academy in Bangalore, Bhupathi might have played a hand in their refusal, just to put down Leander in their ongoing ego war. Leander has always questioned Bhupathis commitment to the game in general and playing for India in particular by hinting at his many business commitments. Theirs is a war that has seen many small battles.

But it is difficult to believe that Leanders present ouster from the Indian Davis Cup team is solely because of their love-hate  now more hate than love  relationship. Paes has a 5-7 win-loss record this year to Bopannas 9-7 although both have struggled. Bopanna is ranked higher at number 24 while Paes languishes at 53. Just winning a tournament a few days before the tie did not prove Paes is a better player on current form. But it could have been handled much more diplomatically. Paes could have been informed in Mexico that his services were not needed, sparing the unnecessary drama and long travel on Paes part. But maybe Paes was to be considered and he spoiled his chances by arriving late. Whatever the reason, one feels that since Uzbekistan had suffered the blow of not having their top player, Leander Paes could have been given a chance to go for his record. He is the greatest Davis Cupper India has produced and without bending rules, he should be treated with a lot more respect than was visible this time.