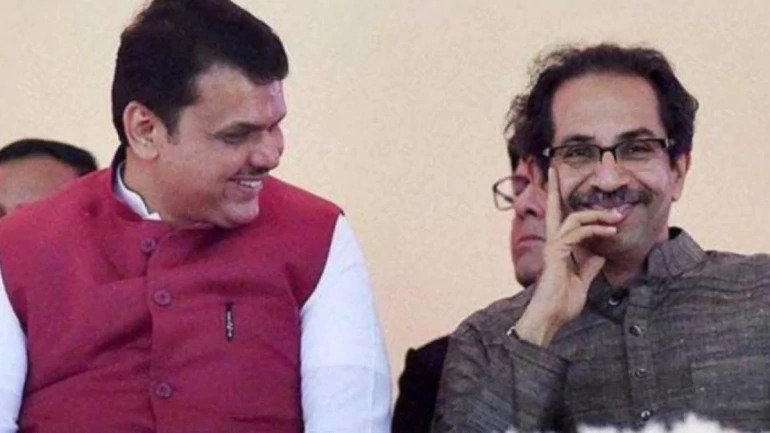 Maharashtra: The Smiles Have Vanished

Maharashtra: The Smiles Have Vanished

The impasse in government formation in Maharashtra shows that in political tug of wars, it is not enough to have a pre-poll agreement or a seat-sharing arrangement. Power and the spoils attached to its acquisition make parties behave in surprising ways even after it is certain that any two partners or a group of more than two has won and can form the government.

When Amit Shah visited Uddhav Thakeray a few months ago and it was announced that the BJP and the Shiv Sena had renewed their alliance and worked out a seat-sharing formula, no one had an inkling that a 50:50 power sharing arrangement that called for rotational chief ministership had also been worked into the scheme of things. It was either strategically not made public then by the Shiv Sena or it was agreed by the parties that it was an internal matter that didnât need public attention.

But now, Uddhav Thakeray is claiming that it was a done deal then and that the BJP should honour the unwritten agreement by giving in writing that Aditya Thackeray would be made the chief minister by rotation two and a half years down the line. The BJP, on the other hand, disagrees. It says no such formula was agreed upon and apart for the post of deputy chief minister and some other ministers, the Shiv Sena cannot demand more. Both parties have hardened their stand and both are exploring other options.

Other options here mean one and only thing - Sharad Pawar and the NCP, which has the biggest block of MLAs after the two main parties. Pawar is used to such situations and being one of the canniest politicians in India has defused such explosive situations in the past. Both the BJP and the Shiv Sena can join hands with the NCP to form the next government. But for Shiv Sena to form the government with the NCP, it will also have to take the Congress along as both parties alone do not have the numbers. Alternatively, Pawar can do mandwali (to use a term from the Mumbai underworld where an influential person known to both parties is called upon to settle a dispute). He can work out a formula whereby the BJP and the Shiv Sena can sink their differences.

But what will be in it for Pawar? For one, he would like the Centre to ask the investigative agencies to stop 'harassing' him and his associates. Next, he can demand policy changes that benefit the many sugar cooperatives that he controls. There are a lot of ways Pawar can benefit from settling the dispute and he would definitely do so instead of forming an unsteady government with any unpredictable party.

The Shiv Sena, on the other hand, is angling for power and wants to invoke the 50:50 formula because it feels that the BJP is slowly, but surely, capturing its turf and reducing its spheres of influence in the state. It does not want itself reduced to a small player. After securing a respectable seat-sharing formula, it now wants Aditya Thackeray to become the chief minister so that it can have bureaucrats who support it placed in the administration so that it can get a foothold right down to the district level. The Sena wants to keep Maharashtra to itself and become the senior partner in the government. That, it knows, is not possible as long as the BJP gets more seats. So it wants to control the administration.

But in the power tussle, Maharashtra is without a government and that is a very distressing thing. As it is, the Devendra Fadnavis government was ineffective in addressing the very issues it had flagged five years ago. It ran a pedestrian government that allowed things to drift and did not take any major decisions to change things for the better. It was expected that a second term would perhaps set things right. But the power tussle has, for now, crushed the hopes. After this, the BJP-Shiv Sena government, even if it is formed, is unlikely to be stable given that the Sena has always been a strident critic of the BJP government at the Centre.