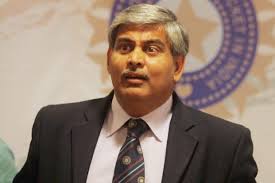 Editor-in-Chief of indiacommentary.com. Current Affairs analyst and political commentator. Writes for a number of publications. View all posts by this Author
It is too early to hope for a âcleanerâ BCCI with the appointment of Shashank Manohar as its president. There are several reasons for this. The BCCI is a closed club that has resisted any public peek into its affairs. It is also riven by internal politics of the worst kind. Manoharâs appointment has been a compromise job that has kept two other factions â those of N. Srinivasan and Sharad Pawar â at bay. The very fact that it was East Zoneâs turn to put up a candidate and that Manohar does not represent that zone but was proposed by all six zone affiliates points to a compromise being reached to avoid a contest that could have split the body vertically.

Manohar has made the right noises in his first speech after assuming office. But it should not be forgotten that despite his clean, no-nonsense image and legal background, it was during his tenure the last time around that the clause 6.2.4 that permitted BCCI officials to have commercial stakes in IPL teams was amended in the BCCI bye-laws. Secondly, Manohar talks about transparency by saying that all expenditure above Rs 25 lakhs will be posted on BCCI website. While this move is to be welcomed, nothing short of a complete disclosure of its audited accounts will bring transparency in the body. It is also something that is long overdue. BCCI handles public money and other entities handling such money are subject to stringent disclosure and investment norms.

The BCCI guards its privacy by saying that it is not a state organization. But the Supreme Court, in its ruling on the betting case against several IPL franchisees, had clearly stated that the BCCI is a âStateâ within the meaning of Article 12 and it is amenable to the writ jurisdiction of the High Court under Article 226 of the Constitution of India. It had said that since the body performs several functions, like selecting a cricket team that is known as the Indian cricket team for instance, that are state functions, it has to be amenable to such writ jurisdiction.

Hence, the apex court had appointed the Justice Lodha committee to look into the existing BCCI constitution and bye-laws and suggest how they can be suitably amended to make them transparent and make the body accountable. Stakeholders, including the general public which is the biggest stakeholder, can only hope that the Lodha committee makes far reaching recommendations and the BCCI adopts them, or the Supreme Court forces it to adopt them. Only then will we see a clean BCCI. Otherwise, the murky dealings will continue. Manoharâs appointment will make no difference.