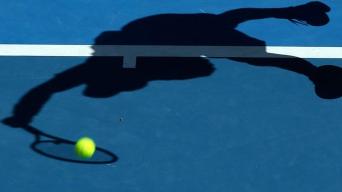 Yogendra is undecided whether he wants to be a writer. So he writes to see if he can be a writer. Ha Ha View all posts by this Author
image courtesy: bbc.co.uk

Tennis is rocked by match fixing scandals on a huge scale, with even top players claiming they were offered cash rewards for throwing away matches. As it comes to light now, there have been murmurs since the last eight years but administrators have not taken any concrete action.

Tennis in India is not a hugely popular sport and Indian players, barring Menâs and Mixed doubles, are nowhere near the top to ignite passion in the fans. Although a tennis league has been started, it has still to gain popularity apart from hardcore aficionados. Hence one has not heard of Indian bookies being involved, like they were in cricket match fixing.

For those asking for betting on cricket to be legalized in India in order to preempt match fixing (even the Mudgal committee made this recommendation in its recent report), the tennis scandal must have come as a shock. For, betting on tennis matches is legal in countries from where the scandal has emerged. This proves that match fixing can happen despite betting being legal. In fact, with legal backing, betting syndicates become even bigger and bolder and carry out their evil designs with impunity.

Tennis administrators have to work hard to rid the game of stigma. There are enough checks in place to detect and prevent corruption in the game, including an anti-corruption code and a Tennis Integrity Unit. They have just to garner the will and let the policing be done efficiently.