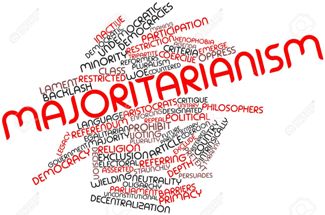 Editor-in-Chief of indiacommentary.com. Current Affairs analyst and political commentator. Writes for a number of publications. View all posts by this Author
The cow vigilante case in Gujarat, where self-styled protectors of Gau-mata stripped and thrashed four young dalits to punish them for killing a cow, reinforces ones belief that by not acting against assorted splinter Hindutva forces in a befitting manner, the NDA government has allowed the mushrooming of thousands of such small groups who are not affiliated to any organization and are not answerable to anyone. They adopt this holier than thou attitude and shun mainstream Hindu organizations like the RSS or the Bajrang Dal for being too soft on those they consider enemies of Hinduism. They work as loners, and dish out their instant brand of retribution. Some months back, one such group had attacked a church in Chattisgarh. As of now, preventing killing of cows tops the agenda of such groups. Who knows what will catch their fancy next. These groups are highly dangerous as little is known about them. The government has to act fast and decisively against them as and when they are caught to let others like them know that such guerilla attacks will not be tolerated. The prime minister must also warn those who indulge in such acts in one of his Mann Ki Baat speeches.

Sonia Gandhi, for once, is not wrong when she says that this government condones social terror. If one considers the cascading effect of such condoning, one is sure that it is criminal. How and why have these groups come into being? What emboldens them to carry out their nefarious activities without fear? The answers to these questions are quite easy if one has been following recent events. At any point in most communities, there are several hotheads who are captivated by the doctrine of them and us and how we are superior to them. They get a lift when mainstream votaries of the doctrine start their propaganda war and carry out actions to try and assert their superiority. But the mainstream groups can only go thus far and no further. This disillusions these highly committed but unattached persons and they take it upon themselves to help the cause by doing what the larger groups cannot. They find like-minded persons, form a group and start attacking them.

Of course it helps to have a friendly government in place. The fear of prompt and punitive action against them is largely diminished. They are also secure in the knowledge that there will not be a sustained combing operation against them. They know they can carry out one such act, lie low for some time and strike again. There is an old saying in Hindi that morey sainya bhaey kotwal, ab dar kahe ka (loosely translated as when my friend is the sheriff, whom do I need to fear). This is what is happening. In the meantime, hate speeches by supposedly responsible politicians and self-styled godmen keeps refueling their commitment to the cause and even gives birth to more such groups.

But as a political party, the BJP must realize that these groups are harming its electoral prospects all over the country. If PM Modi is committed to sabka saath sabka vikas, he cannot allow these groups to sow seeds of mistrust in the minds of large sections of Indias population. In the run up to the 2014 Lok Sabha elections, Amit Shah had sold the growth idea to the dalit youth in UP. The results were spectacular for the BJP. Hence, the party should realize that even if it seeks the consolidation of the Hindu vote (which in itself is despicable in a secular country, as it again leads to the us and them scenario), no such consolidation is possible without the dalits, who are as much Hindu as the upper castes and who command a sizeable chunk of votes. Issues such as the Rohith Vemula suicide and the instant case in Gujarat will take the dalits away from the BJP, making it difficult for it to first win UP in 2017 and then the reelection in 2019. There is an urgent need of ridding the country of majoritarian terror, and it is in the interest of the BJP to do so.