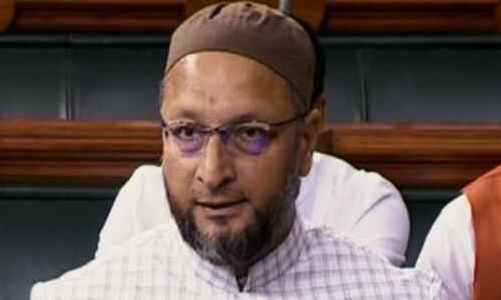 Needling Owaisi Was Unnecessary And Irresponsible

Needling Owaisi Was Unnecessary And Irresponsible

If the BJP lets its MPs create scenes like those witnessed when AIMIM chief Asaduddin Owaisi took oath as a member of the Lok Sabha, then the prime ministerâs wish of having a strong opposition despite their reduced numbers will never materialize. For, the opposition will be kept occupied by such diversionary tactics and will never be allowed to contribute. There actually was no need to needle Owaisi with chants of Jai Shree Ram in the Parliament. What purpose did it serve? With more than 300 MPs, everyone knows the BJP has brute strength. But should this be used for creating disturbances or for helping in smooth conduct of house activities?

It is very easy to take the help of strong numbers and shout out the opposition. But that is a cheap and irresponsible act. Any responsible government would like its MPs to maintain decorum in the house and give space to a vanquished opposition so that they can have put forward their views with dignity. It is only then that the legitimate business of the house will be conducted with the necessary sobriety. Creating a ruckus in the house just to needle opposition MPs and to not allow them to have their say goes against the tenets of democratic debate. It is also an irresponsible act on part of a government that has a huge mandate in the house.

The government must realize that despite its huge mandate, it is still short of a majority in the Rajya Sabha. It needs to carry the opposition with it if it wants to get several important legislation passed without delay. Hence, it is necessary for it to keep the opposition in good humour. Obviously, no party is going to change its views overnight and might still oppose the government, but if an effort is made to win them over, some contentious bills might be passed. But for that to happen, the NDA MPs will have to behave themselves.