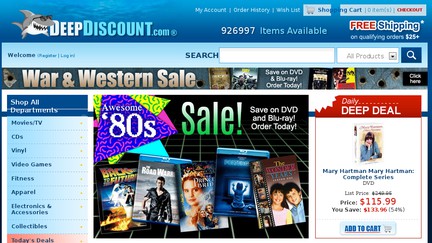 Editor-in-Chief of indiacommentary.com. Current Affairs analyst and political commentator. Writes for a number of publications. View all posts by this Author
Picture courtesy: sitejabber.com

New guidelines for e-commerce business
The government has announced new set of guidelines for the e-commerce business. Under the guidelines, 100 percent FDI is now allowed in businesses which follow the marketplace model, with a rider that no single merchant on the platform can be allowed to sell more than 25 percent of the total turnover of the entity. This has been done to plug the loophole whereby players like Flipkart and Amazon India have their in house arms, WS Retail and Cloudtail respectively, which do the bulk of selling while maintaining the faÃ§ade of being a marketplace of independent sellers.

Deep discounts are disguised subsidies
The new guidelines also prohibit e-retailers from offering unrealistic discounts and guarantees on products. While the Indian consumer was lapping up the freebies, the deep discounting model is basically flawed as the discounts do not happen due to prudent or imaginative purchasing policies but are provided as subsidies to sellers on the market place by the aggregator in order to attract customers. While some observers have decried the move to ban deep discounting arguing that it was the foreign investors' money that was being transferred to the Indian consumer, one feels that if one abhors subsidies per se, the deep discounting subsidy should also be abhorred as it skews the market and drains the finances of the market aggregator.

Firms do not know how to get out of this chakravyuha
Already, the major e-commerce players are strapped for working capital and have been taking loans from banks by pledging assets like fixed deposits. For them, the government restriction might even come in as a blessing in disguise. For, they were unable to get out of the chakravyuha of discounting as every other player was indulging in it. Stopping it would have led to customers ditching their platform to buy from others. Now they can stop it as it will be no longer permissible. It remains to be seen whether the Indian consumer still favours online marketplaces over brick & mortar stores for the convenience of shopping from home or goes away when the deep discounts are no longer available.

It is too bad to last
If the shoppers go away after the main USP is removed, the unrealistic valuations of the major players will also witness a huge fall. In the initial days of the dotcoms, page view was the main barometer for valuation. Then it was registered users. In case of e-commerce players, number of buyers and turnover is now the barometer. But it does not give the correct picture. For instance, for a product which sells on the market place for Rs 100, the aggregator might be giving Rs 25 in subsidies to the seller, apart from free delivery to the buyer. So instead of making any profits, it is incurring a loss of 25 percent on its turnover. In other words, it is bleeding badly. No e-commerce player has yet explained how and when they are going to reverse this situation. It is like the chit fund which promises 36 percent annual returns when no other entity offers more than 10. They rob Peter to pay Paul. E-commerce players were taking from foreign funds and giving to Indian consumer, without bothering much about profitability. The chit fund model is based on luring new investors to pay interest to older ones. The deep discounting e-commerce model is based on attracting fresh foreign funds to fund their discounting misadventures. Both models are too bad to last.

Where is the alternative model?
One had written earlier that the future of retail was online. But the deep discounting model is basically flawed. PwC India has said that deep discounting cannot be long term strategy for e-retailers and they have to come up with a different sustainable strategy to drive sales. The futility of the exercise is evident from the fact that such bleeding sales now come with increasing frequency as they have become the norm. No meaningful sales happen if deep discounts are not being offered. In a way it is good that the government has stepped in before the bubble has burst. If all players in the sector had the sagacity to sit together and put a stop to cut throat discounting, it would have been an example of eminent business sense and self-regulation. By allowing matters to drift, they have invited this government action upon themselves.