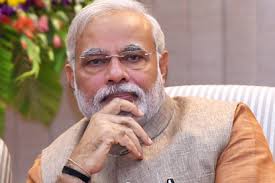 Editor-in-Chief of indiacommentary.com. Current Affairs analyst and political commentator. Writes for a number of publications. View all posts by this Author
The critics of Prime Minister Modi should take notice ÃÂ¢Ã¢âÂ¬Ã¢â¬Å he has for the first time clearly articulated what he meant by several of the slogans he raised during electioneering in the Lok Sabha elections. Chief among them was minimum government, maximum governance. His speech at the Economic Times Global Business Summit was a gem as it would fire up a lot of people. Modi, for the first time, gave India a dream ÃÂ¢Ã¢âÂ¬Ã¢â¬Å that of a $20 trillion economy.

Essentially, he said that it was not the governmentÃÂ¢Ã¢âÂ¬Ã¢"Â¢s business to be in business. The government, he said, is to be responsible for five things: make public goods available, which includes infrastructure like roads, bridges, telecom, schools, hospitals and the like; manage both positive and negative external factors; control market power of companies, fill information gaps and provide welfare to the marginalized population.

Although the call for a $20 trillion economy might seem like a pipe dream to some, the ET editorial on Monday, Jan 19 outlines a schedule which shows that it can be achieved. The ET editorial says that if a real growth of 9% per annum is achieved along with an inflation rate of 5% per annum, it would mean a nominal growth rate of 14%. Given these figures, the economy can double in 5 years and become 10 times in 18 years. As the Indian economy is now of about $2 trillion, it can achieve the figure of $20 trillion cited by the PM in 18 years if we can achieve the 9% growth rate we have managed to achieve earlier in the 1990ÃÂ¢Ã¢âÂ¬Ã¢"Â¢s.

Once we take all the pieces in the Modi jigsaw, the picture falls into place. Reforms will be driven by innovation, adherence to digitization, skilling the youth, welfare policies and large scale public participation. The government has replaced the Planning Commission with the NITI Aayog. Its brief is to guide the nation on policy making after churning the latest innovations and best practices adopted worldwide and adapting them to Indian conditions.

The government is also committed to digitize the economy. Digitization brings transparency and reduces corruption. Hence, despite his initial opposition to the Aadhar scheme, Modi was practical enough to recognize its importance in cash subsidy transfers and hence allowed it to continue. His Jan Dhan Yojana for bank account for all Indians is a step which will eliminate power brokers at the grassroots level and ensure that subsidy reaches the marginalized in full. Online bidding and documentation for tenders and other government handouts will eliminate corruption.

The emphasis on providing skills was manifest during cabinet formation itself when the PM inducted Sarbananda Sonowal, the MP from Lakhimpur in Assam, as the Minister of State (MoS) for skills development and entrepreneurship. Earlier, entrepreneurship development was a neglected department under the Ministry of Micro, Small and Medium Enterprise. There were too many bodies under different ministries like the National Institute for Entrepreneurship and Small Business Development (NIESBUD) under MSM ministry, National Science and Technology Entrepreneurship Development Board (NSTEDB) under Department of Science and Technology and the National Skill Development Corporation (NSDC) to name a few, apart from hundreds of NGOs that worked in this area. But starting a business was a back breaking job for technocrats and professionals. The skill development ministry had moved in quickly to amend the Apprentices Act, 1961 which had jail terms for defaulting companies. It has also approved throwing open of apprenticeship training for non-technical students. The government has recognized that education and skill are two different things and an educated person might not be employed if he is not skilled enough, which is a huge achievement in a country like India where everyone likes to be the jack of all trades, a jugadia, and master of none.

Despite the perception created by the opposition parties that the Modi government is pro big business, the government has kept its focus on the welfare side of the business of governance. It fought with the WTO in ensuring that the provisions of the Food Act were not diluted. India was able to convince the WTO that its concerns to feed its marginalized population were genuine. The government is also putting in place the mechanism necessary to ensure timely and full cash transfers of subsidy to the poor.

This jigsaw will be complete only, as the PM rightly said, with active and whole hearted participation of the people. Several schemes of the government, which are also ModiÃÂ¢Ã¢âÂ¬Ã¢"Â¢s pet schemes, envisage that the people will contribute their might. Swachh Bharat, Cleaning the Ganga and the fillip to the tourism industry can only be successful if the people of India come forward and help the government. For this to happen, the country needs to have harmony between its various communities. The PM has already spoken to the RSS and other Hindu groups for not taking up unwanted issues that create communal disharmony. The BJP has already issued a show cause notice to Sakhshi Maharaj for his intemperate comments. The minorities will also have to ensure that people like Asaddudin Owaisi are kept on a leash.

It is the government duty to ensure that reconversions and love jihads are not allowed to occupy centre stage. They have the potential of hijacking the growth agenda. They will scare away potential investors because no one likes to invest in a country where communities fight over trivial things. Having said so, it is also the duty of the minorities to ensure that if the government reins in the mischief makers, they do not supports subversive elements like Owaisi in their own community. Only then will India march towards being a $20 trillion economy. Otherwise, we will have to be satisfied with what is derisively called the ÃÂ¢Ã¢âÂ¬ÃÅHinduÃÂ¢Ã¢âÂ¬Ã¢"Â¢ rate of growth.