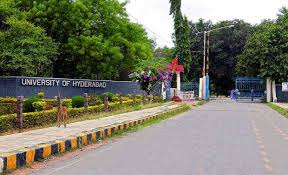 Political Meddling in Students' Dispute Ends in a Suicide

Political Meddling in Students' Dispute Ends in a Suicide

Editor-in-Chief of indiacommentary.com. Current Affairs analyst and political commentator. Writes for a number of publications. View all posts by this Author
Rohith Vemulaâs suicide in Hyderabad has brought into focus how party politics by senior leaders is destroying our education institutions. What started as a matter of student politics in Hyderabad Central University resulted in Vemulaâs sad death only because first Union minister Bandaru Dattatreya chose to interfere in the matter and then when HRD minister Smriti Iraniâs office wrote several times to the vice-chancellor of the university to act on the ministerâs complaint. In the process, five dalit students were expelled from the hostel and prevented from using all facilities except attending their classes. This kind of social ostracism can destroy a person and Vemula was not strong enough to fight back. He chose to end his life rather than bear the daily insult. The police have rightly booked Dattatreya and vice-chancellor Appa Rao for abetting his suicide and violating the SC/ST act.

The flashpoint was a clash between the BJPâs student wing, the Akhil Bharatiya Vidyarthi Parishad (ABVP) activists and those of Ambedkar Students Union (ASU) in August last year at the university campus. Students unions are known to clash over many things, including cornering of facilities by any one union that is in power. But that is something they resolve over time through peer contact and negotiations. But post the NDA victory at the Centre, the ABVP seems to be in a tearing hurry to gain control of most colleges in India. Hence it chose to involve Dattatreya in the matter. What is surprising that the minister willingly participated in a plan to ostracize dalit students, not realizing that he could be booked for violating the SC/ST Act.

Also surprising is the HRD ministerâs repeated missives to the vice-chancellor to act on Dattatreyaâs complaint. Smriti Irani must have mindlessly asked Appa Rao to do so, without going into the merits of the case. She should have realized that if the matter was of any seriousness, the vice-chancellor would have acted on his own accord. For no vice-chancellor would tolerate gross indiscipline on his campus. But since the matter was of a clash between two studentsâ unions that did not involve the university, it was not a matter for the administration to act upon. The police had been informed about the clash and the law would have taken its own course. Irani should have told Dattatreya not to involve himself in the conflict of the students. Sadly, we do not have ministers who can tell a colleague to back off, nor do we have vice-chancellors who can tell a minister that the merits of the case do not warrant action against the students. A bright young scholar lost his life as politicians played games and the vice-chancellor lacked the guts to counter them.