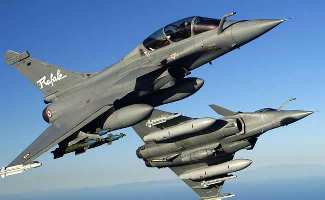 Editor-in-Chief of indiacommentary.com. Current Affairs analyst and political commentator. Writes for a number of publications. View all posts by this Author
The controversy over the Supreme Court order on the Rafale deal took a fresh turn today when the government applied to the court for correction of its order. The government claimed that the court had misinterpreted several statements provided to it in a sealed cover to give the impression that the CAG report on pricing had been examined by the PAC or that the redacted portion was placed before Parliament. The government says that it had only said that it is done as a matter of course which the court took to mean that it had been done in actuality.

The main thrust of the Congress criticism of the Supreme Court judgment is that the government has misled the Supreme Court about the CAG report which does not exist and which has not been shown either to the PAC or placed before Parliament. Rahul Gandhi has repeatedly asked the government to show the public the CAG report or provide information of when it was placed before Parliament. With the government application for correction of the order, both these charges become infructuous.

While delivering the judgment, the court had taken pains to clarify that any judicial review of defence contracts cannot be an in-depth examination of policy decisions, saying that the parameter of scrutiny would give far more leeway to the Government, keeping in mind the nature of procurement itself. It also said that it had limited its review within the jurisdiction granted to it by Article 32 of the Indian constitution as it was invoked by the petitioners.

One feels that the Opposition parties and the petitioners took a wrong decision in approaching the courts for a judicial review. Since a huge amount of public money was involved and the Opposition alleged corruption (which necessarily means payment of kickbacks) the better way would have been to press for a JPC probe, which they are now doing. But one feels that the government will not allow that now, especially since the general elections are due in a few months. The opposition had cornered the government on Rafale in the lead-up to the current elections to the five state assemblies. The government will now hit back with the clean chit given to it by the Supreme Court.