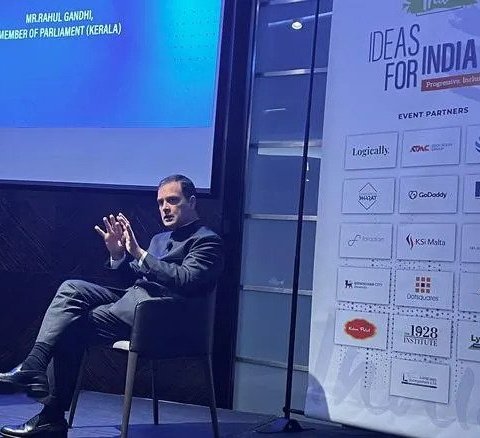 Is there a "deep state" in India? Is there a group or secret network of power in India that is working independently of the country's political leadership to pursue its own agenda? Rahul Gandhi, currently in the UK to interact with students in universities, said that India has a deep state at the 'Ideas for India' conclave. But the actual meaning of the term says that there must be a hidden organization that is pursuing its own agenda independent of the political leadership and is trying to manipulate the public state. Is there any such hidden network of power in India? If so, Rahul Gandhi should have named it instead of just making insinuations. He just said that the misuse of the Central agencies like ED and CBI was chewing and eating India, but how does deep state come in to play due to that?

What was Gandhi trying to say? Does he mean that the RSS, along with the many Hindutva organizations that receive overt and covert support from it, is pursuing its own agenda independent of the political leadership? But then neither the RSS nor the other Hindutva organizations are hidden and many things in the agenda they are believed to be pursuing have been part of the BJP manifesto. Then how are they working independently of the political leadership?

Yes India is going through a phase of majoritarian politics that is bent upon changing the old order and establish Hindu dominance in many things that is pitting communities against each other. Yes India is also going through a phase when the government is misusing Central agencies and draconian laws (some there from the colonial era and other enacted by the Congress when it was in power)to harass opponents. But institutions in India are strong, the nation believes in the rule of law and has a strong judiciary that is not going to let any organization or even the government trample upon the rights of the common man. Hence, to allege that a deep state is operating in India is taking things too far.

Rahul Gandhi's party, the Congress, just had a brainstorming session a week ago where his mother Sonia Gandhi, the interim president of the party and he tore into the NDA government and the policies of Narendra Modi. Both of them highlighted the numerous alleged shortcomings of the NDA government. But not once did they say anything about a deep state. Do these allegations or charges sound better when made in foreign countries?