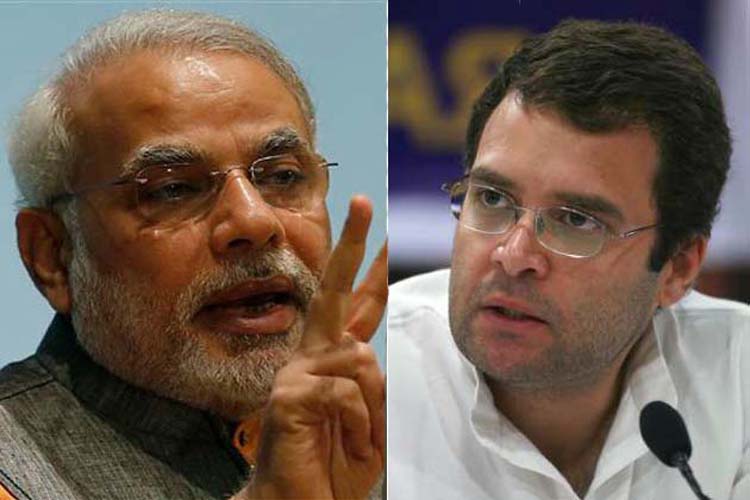 Rahul Has No Clue On How To Oppose Modi

Rahul Has No Clue On How To Oppose Modi

Editor-in-Chief of indiacommentary.com. Current Affairs analyst and political commentator. Writes for a number of publications. View all posts by this Author
Rahul Gandhi has said that India has a weak prime minister. He was purportedly criticizing Narendra Modi for not taking up the H-1B issue with the US President during his recent visit or not objecting when the US referred to Jammu & Kashmir as Indian-administered Kashmir. While Gandhi is entitled to his views, he should know that not all issues are publicly discussed or even acknowledged.

Western countries are in the habit of treating Jammu & Kashmir as disputed territory ever since Jawahar Lal Nehru took the matter to the United Nations. For these countries, the Line of Control (LoC) has more importance than it has for Pakistan and even India. Hence, not much can be read into the US reference to Indian-administered Kashmir. They do it routinely and have done in the past. As always, India has registered its protest through diplomatic channels.

As for H-1B visas, the matter of US policy should be taken up through proper channels and not in a bilateral visit, especially if it is not part of the agenda. India has been forcefully voicing its concern through appropriate channels.

If a weak prime minister like Narendra Modi has managed to reduce the Congress to its worst ever electoral showing, one shudders to think what a strong BJP leader would have done. Actually, since this government has not given many opportunities to the opposition for genuine criticism, people like Rahul are clutching at whatever straws they can to make themselves heard.

From disputing the surgical strikes to doubting the governments intention on notebandi to putting roadblocks in the way of GST, the Congress is playing villain to the hilt. Rather than play the role of a constructive opposition, the party is bent on further alienating itself from the people. At the rate Rahul is going, he will never score the winning goal against Modi but will have to wait and see if Modi scores a self-goal to hand him the advantage.