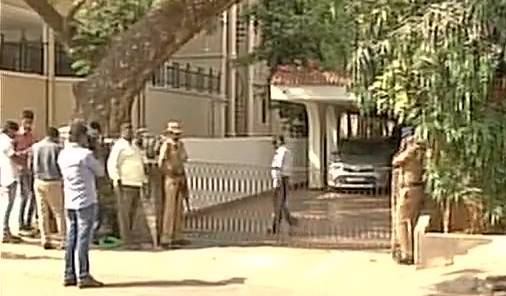 Raids: No Vendetta in Fight Against Corruption

Raids: No Vendetta in Fight Against Corruption

Editor-in-Chief of indiacommentary.com. Current Affairs analyst and political commentator. Writes for a number of publications. View all posts by this Author
Every time a succeeding government conducts an enquiry into the affairs of those who ran the previous government, there is a chorus of cries, mostly from opposition politicians and puppets in media that the present government is indulging in vendetta. As the CBI conducted raids on P Chidambaram and his son and several associates of Lalu Prasad, this reaction was expected and it was duly expressed.

But what is the government supposed to do when there is prima facie evidence of wrongdoing? If it were to sit idle, the very same media will accuse it of being soft on corruption. It is not as if the due process of law was not followed. After evidence of payment from INX Media (promoted by Peter and Indrani Mukherjea) to companies connected to the Chidambarams came to light, notices were issued to Karti Chidambaram to explain the position. Obviously, his explanation was not up to the mark and the investigating agencies need to probe further. Raids are a natural follow up of any investigation. Instead of saying that the government is trying to silence him, P Chidambaram would do well to cooperate with the investigators and prove his sons innocence.

As for Lalu, it sounds funny when a convicted person says beware egoist and fascist BJP leaders, Lalu has always fought and won. He did not win in Supreme Court, which first found him guilty in one instance of fodder scam and then asked for all other cases against him to be pursued. Lalu and his kin have amassed huge property in Bihar. As evidence pours in of their wrongdoing, there will be more such raids. There is no vendetta in probing people accused of either amassing riches using their political position or granting favours due to their official position in return for payment in cash or kind.

The UPA government was the fountainhead of corruption. Numerous cases of big ticket corruption came to light during the last years of its term. The present government has not even scratched the surface. On the other hand, Lalu is known to be one of the most corrupt politicians in India. The corruption cases must be pursued to their logical end. The government must not get brow beaten by charges of vendetta. But it should be even handed. There are cases against NDA politicians too. There are cases against BJP-ruled state governments too. All these cases must be pursued with equal zeal if the government is serious about the fight against corruption. As there are no good or bad terrorists, so there is no good or bad corruption. BJP or friendly party politicians accused of corruption must also be made to face the CBI/ED music.