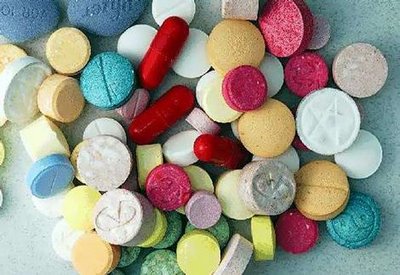 Rave Party 'Ecstasy' Can Put You On 'Ice'

Rave Party 'Ecstasy' Can Put You On 'Ice'

Editor-in-Chief of indiacommentary.com. Current Affairs analyst and political commentator. Writes for a number of publications. View all posts by this Author
Post Pathankot, it was reported that terrorists might have used the same routes that are being used by drug smugglers to enter India. Punjab has been experiencing a massive drug problem since the last two decades. Most of these come from across the border. Then, we have heard about the Russian drug mafia in Goa. Also, rave parties in private residences in most cities are not uncommon. Apart from the usual illicit drugs such as marijuana, cocaine and heroin, there are hundreds of prescription drugs that are favourites of addicts all over the country. Sleeping pills having alprazolam, or amphetamine, mephedrone, pseudoephedrine or ketamine tablets, or even Spasmoproxyvon tablets (although its composition has now been changed) are illegally sold across the counters all over India. Cough syrups are also sold likewise and used by addicts to get a âhigh.â

The Directorate of Revenue Intelligence (DRI) has busted 8 illegal factories across India that used to make these so-called âparty drugsâ and has also found 11 drug cartels with networks spread across the whole country. What is alarming in this context is the fact that these cartels have now spread their wings to small towns such as Dehradun, Sholapur, Bhiwadi, Vadodara and Mt. Abu. Some of these are places where there is a high concentration of students who stay away from home in boarding schools and are easy prey.

Such large scale production of these illicit drugs, known by fancy names such as Ice and Ecstasy, cannot be possible without the active support of some pharmaceutical companies who help by diverting the precursor chemicals used in such drugs. The chemical composition is changed by a simple process and the poison is then distributed in the market to youngsters bent on getting a high. A continued vigil is required in this regard; for the youngsters do not know that these habit forming drugs will not make them roar like tigers. Instead an âEcstasyâ will only make you âMeow Meow.â In extreme cases, it may even put you on âIce.â