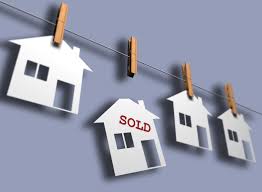 Real Estate: Real Problems for Both Buyers and Sellers

Real Estate: Real Problems for Both Buyers and Sellers

Editor-in-Chief of indiacommentary.com. Current Affairs analyst and political commentator. Writes for a number of publications. View all posts by this Author
Do making false promises about delivery and facilities in a real estate agreement for sale amount to cheating? The arrest of the top brass of realty major Unitech has brought this into focus. Earlier, there was too little awareness, little or no legal backing for home buyers, property prices were affordable and realty firms could mollify home buyers with glib talk. Not anymore. With developers promising the moon and charging a fortune for it, home buyers have started exploring various options - including making them stick to their promises.

The real estate sector is going through a difficult time. Inventories are piling up. Land prices have skyrocketed as developers vied with each other to offer unrealistic prices for scarce urban land in a bid to create high end housing in top cities. Further, as brick and mortar retail moved in to tap the Tier II and III towns, there was a rush to build there too. But very soon, online stores made conventional retail unviable at the usurious rents being charged in swank malls. The net result is that innumerable malls, even in places like Vishakhapatnam, Mangalore, Guwahati and Gurgaon, to name a few towns, are finding it difficult to get tenants and lakhs of flats remain unsold even in top cities like Mumbai and Bangalore. Earlier, there used to be a consistent demand for housing for the middle classes. But apartment prices have zoomed beyond their reach and reasonably priced units are so far away from workplaces that they are not in demand.

Hence, developers are reneging on their promises. Projects are taking endless time in being completed. Suppliers to real estate firms are complaining of delayed payments and even one year moratoriums on payments for material supplied. Some developers are even trying to pay dues by giving unsold flats, which the suppliers are not willing to take at the inflated market price. Investors, once the lifeline of the sector, are conspicuous by their absence since apartment prices are already unrealistically high with little or no chances of them making a profit. The cash squeeze has meant that developers are cutting corners and home buyers have decided they will not take it lying down. Previously, this problem was with small builders â some of them fly by night operators â who were attracted by the supposed high returns. But now even reputed builders are indulging in it, mainly because laws for this sector are not well defined.

The government has also moved in to offer protection to the home buyers and to bring about some sort of sanity. It will move the real estate bill which has been pending in the Rajya Sabha for more than two years. The bill has already been examined by two parliamentary committees. It seeks to set standards for contracts between buyers and sellers. It also seeks to give legal definitions to terms whose vagueness often makes home buyers suffer. Overall, it seeks to make dealings in the sector transparent. It also provides for part of the upfront payment made by buyers to be kept in a separate account to protect them for deficiency in service. As a protection against fraudulent land titles, it provides for title insurance. The bill should be passed in the forthcoming budget session of parliament.

While the bill is a step in the right direction, the government should also examine the problems being faced by the sector. Apart from the delays caused by more than two score approvals from both central and state, the other problems also deserve a serious examination. Right from the day a project is announced, everyone â right from the local councilor to the local police station and the syndicates of building material and labour suppliers â fleece the developers and make their life hell. If home buyers need protection from unscrupulous promoters, the promoters also need protection from these elements.