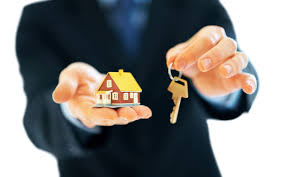 By our team of in-house writers. View all posts by this Author
With the passage of the Real Estate Regulatory bill in the Rajya Sabha, acche din are here for home buyers as passage of the Bill in the Lok Sabha is a formality given the brute strength the NDA enjoys in the house. The Bill seeks to redress many problems the buyers have to face. The main facts are:

1. A Real Estate Regulatory Authority (RERA) will be established in each state.
2. All developers promoting projects above 500 square metres or 8 apartments will have to register with RERA.
3. They will have to disclose project plan, layout, government approvals, land title status, sub contractors to the project, schedule for completion to RERA and pass on the same to buyers.
4. 70 percent of the amount collected from buyers will have to be deposited in an escrow account dedicated to the project.
5. State authorities can increase this percentage but not lower it.
6. Developers will have to pay interest at the same rate for delays in project completion as paid by buyers on delay in payments.
7. Homes will henceforth be sold on carpet area value which will include toilets and kitchen and the ambiguity surrounding âsuper built upâ value will be eliminated.
8. Promoters violating RERA orders can be fined up to 10% of project cost and can be jailed up to three years with or without fine for repeat violations.
9. Developers cannot change plans of the project without written consent of two-thirds of the buyers.
10. Buyers can approach sellers to rectify deficiency in service within one year after taking possession.
11. In case of structural deficiencies, the builder will be liable to rectify it if it occurs within 5 years.
12. A buyersâ association would have to be constituted within three months of maximum flats having been sold.
13. Misleading advertisements by sellers will attract penalty.
14. RERA will have to address all grievances within 60 days.

This Bill is going to hit unscrupulous, fly by night operators most. Big builders are conscious of their brand equity and obviously try to be as even handed as possible. But most small operators are local toughs who pay scant attention to consumer grievance. Buyers will no longer be at their mercy.