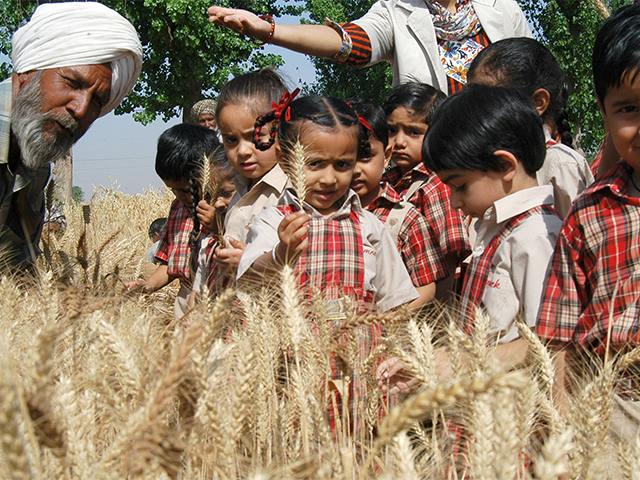 Editor-in-Chief of indiacommentary.com. Current Affairs analyst and political commentator. Writes for a number of publications. View all posts by this Author
One has to hand it to the Sayed family. Even if it was a joke (it will turn out to be a very costly joke for them), to declare Rs 2 lakh crore under the IDS takes some courage. To put things in proper perspective, the figure translates to $29 bn while the net worth of Mukesh Ambani, the richest Indian, was last recorded at just $21.3 bn. The Sayeds (whom no one had heard of before Dec 4, when the government chose to make their declaration public) have disclosed that they are richer than Ambani. That the government took it with a pinch of salt is another matter. But there are people in India who claim they have surreptitiously amassed more wealth that the man who has some of Indias biggest industrial enterprises. One can dismiss it as a prank or one can think hard and tell all those rooting to let mountains of cash remain in the economy to reflect on this.

There is no doubt that many sectors of the Indian economy have cash as the only means of payment. This is especially true of the agricultural sector and other sectors that deal with people like small farmers in rural India. In some sectors, the nature of the transactions and the place where it is conducted makes it so. But there are other sectors where cash payment, or part payment in cash, has been adopted as the preferred mode to hide the full or part of the transaction from the tax and other departments. This is what is pulling India down. It is convoluted logic to argue that since business is being done in cash in some sectors it should remain so. This is the argument that can only be put forward by crony capitalists, tax evaders and people who try to cheat small farmers.

Payment in cash leaves no records. Once the produce is lifted, the farmer has no means to prove whether he was paid the government mandated minimum support price for his crop or whether the middleman cheated him on this. All so-called well wishers of the farmers would do well to fan out in the countryside and educate them on the benefit of adopting banking channels for business. They should be educated to take payments only by cheques to avoid being cheated or paying bribes. But since a huge amount of this money cheated out of poor farmers flows into the coffers of political parties through crony capitalists and assorted middlemen who have been given a free hand to loot farmers, there has been a concerted attempt to rubbish demonetization on the grounds that it will wreck the rural economy.

There will be initial setbacks in rural India. Anything that is entrenched for long and that benefits the political class and its favoured businessmen, takes a huge effort to dislodge. Payment chains will be broken and farmers might suffer. To ease this, sufficient cash must be available in rural areas for now. Simultaneously, farmers must be encouraged to open bank accounts. It is true that there are too few bank branches in the countryside and the farmers are largely illiterate, but it is also true that crop is sold only a few times in the year and not daily or weekly. If farmers are made aware of the benefits of taking payments by cheques or drafts, one is sure they will not object to the extra burden of two visits to a bank branch maybe 40 kilometres away, once to deposit the instrument and then to withdraw the cash. More bank branches need to be opened in the countryside, maybe reducing the gap to just 10 kilometres. It will revolutionize the way business is conducted in rural India.

Instead of just pointing out that lack of cash will ruin the rural economy, these so-called well wishers of the farmers should suggest ways how farmers can be incentivized to adopt banking channels. Even the jhola-jhanda walas are unable to see through this blatant exploitation of farmers. They are fighting for the rights of the marginalized but still want cash to rule. NGOs should take the lead to ensure that banking facilities are expanded fast in rural India and farmers and other daily wage workers make use of their already opened Jan Dhan accounts or open new accounts. That will be real empowerment for our people. That will also ensure the end of corruption, exploitation and crony capitalism. Only then will the real fruits of demonetization accrue to the economy.