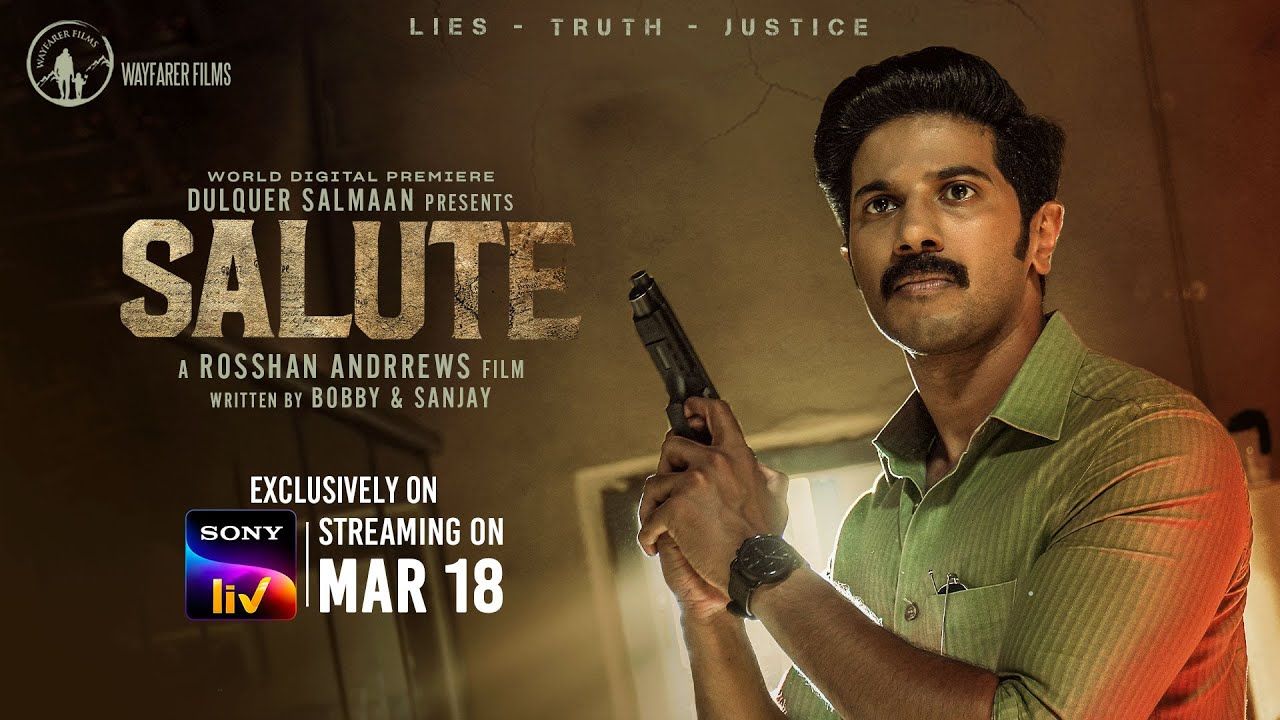 Salute: A Policeman Takes On The System

Salute: A Policeman Takes On The System

Yogendra is freelance writer View all posts by this Author

If a film moves slowly, has a non-linear narrative, is full of police procedures and manipulative officers and yet manages to keep you hooked, you know that it is a gripping film. Salute (Malayalam original, dubbed in Hindi) is not a normal thriller in the sense that it completely does away with the glitz and glamour, or even brashness and bravado, if the protagonist is a policeman and the foolishness and unprofessionalism if he is not, associated with the police force in Indian films. It shows an upright, young policeman, Arvind Karunakaran (Dulquer Salmaan) go against the system and his brother who is also his superior, in order to discover the truth behind a murder in which an innocent man is being sacrificed due to political pressure. The system employs every trick in the book to stop him, even crush him, but he soldiers on and finds the truth.

Early on in the film, his brother, a senior police officer, narrates a story to Aravind. He says that one of the culprits he caught was let off in court as the murder weapon was not found. Then, he says, the DCP advised him to plant a weapon if the case is otherwise strong in order to tie the hands of the judge. But when Aravind sees the police do the same to an innocent auto driver who he is convinced is not the murderer, he goes against his brother and the system to conduct a painstaking investigation and discovers the truth. There are many twists and turns and the trail leads him on a path strewn with mistaken and false identities, people using religion to fool people, deceit and greed for money. The only mistake which the writers make is to stretch things (by showing too many leads which make it repetitive) too much in the end, spoiling an otherwise perfect film.

Dulquer Salmaan is excellent as the unassuming police officer who wants to be a lawyer but is so impressed by his policeman brother that he junks the law course to join the police. But when he sees that policemen falsely implicate innocent persons to 'solve' cases, he decides he has to stand up for justice. All others in the film look perfect. The Kerala countryside is beautifully filmed and the background music is also good. Salute is definitely worth a watch.