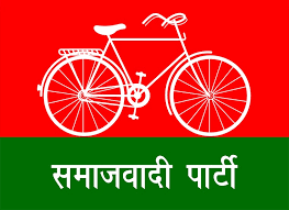 Samajwadi Party: Point of No Return

Samajwadi Party: Point of No Return

Editor-in-Chief of indiacommentary.com. Current Affairs analyst and political commentator. Writes for a number of publications. View all posts by this Author
The drama being played out in UP shows what people get when they vote for family firms masquerading as political parties. Mulayam Singh Yadav had started the Samajwadi Party as a vehicle to address backward class grievances and had added Muslims as his constituency. But later on, brothers, cousins, sons, daughters-in-laws and other relatives were made part of it to give it a joint family look. Now that joint family is coming apart and the machinations will put even the most sordid backroom ploys of Communist parties of yore to shame. The latest developments on Sunday  with Akhilesh as CM sacking Shivpal Yadav and three other ministers close to MSY and MSY retaliating with sacking cousin Ram Gopal Yadav, a known Akhilesh supporter  prove that the infighting in Samajwadi party seems to have reached a point of no return and the party is likely to split any day, maybe as soon as on Monday when a key meeting is to be held.

The patriarch is facing his sternest political test yet and it is not the opposition that is providing the ammunition. What is happening is what generally happens in all huge clans. Perceived slights, groupism, rumours, whisper campaigns, roles of wives  and in this particular case, that of second wives, and power broking are all on full display, as they are when any joint family breaks up. The sad part is that instead of being confined to the family, this drama is being enacted in the political party, an instrument of democracy that works for the people and is answerable to it. The matters have descended to a level where father and son do not seem to be on speaking terms and are sparring through proxies. This often happens as respective egos to not let warring parties to sit across the table. Mulayam feels that his son Akhilesh did not defend him when others close to him were making wild allegations against the patriarch. Akhilesh, on the other hand, has not spoken directly against Mulayam but has done enough to indicate that he is no longer the dutiful offspring.

The role of senior leader Azam Khan, Amar Singh and other leaders who have been with MSY since inception is going to be keenly watched. Azam Khan has till now kept his cards close to his heart but in a crunch situation he might dump MSY to side with Akhilesh. Most leaders also feel that Amar Singhs re-induction in the Samajwadi party worked as a flashpoint. Power broker that he is, it is quite possible that Singh might have advised MSY to clip the wings of Akhilesh and his supporters. He might have advised MSY to work through proxies by involving family members to hit at Akhilesh. Many other leaders also feel that MSY has unnecessarily allowed the hitherto apolitical members of his extended clan to increasingly interfere in party matters and this has precipitated the crisis. Behind all this, there might be an angle of control of property and other assets of the clan. It is no secret that whoever will control the party will control the booty. Whatever be the reason, it is certain that from Tuesday people in UP will see two Samajvadi parties, each claiming to be the original.