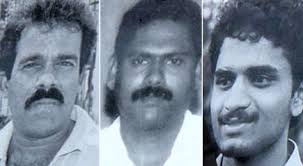 Editor-in-Chief of indiacommentary.com. Current Affairs analyst and political commentator. Writes for a number of publications. View all posts by this Author
The Supreme Court has done well to prevent the Tamil Nadu government from unilaterally commuting the life term of the killers of former Prime Minister Rajiv Gandhi and releasing them. There were several technical issues in the case which would have set a bad precedent in left unchallenged or undecided and would have resulted in future tiffs between the Centre and the state governments.

The Tamil Nadu government has been trying to score a political point by releasing the said killers of Tamil origin who killed Rajiv Gandhi for the alleged killing of Sri Lankan Tamils by the Indian Peace Keeping Force the former PM sent to Sri Lanka under an agreement with the then government of that country. But in doing so, it is trying to flout laws which the Supreme Court has rightly not allowed.