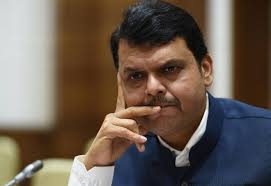 Learning from one's mistakes is the best way for one to move ahead in life. But it seems politicians in India, especially the current top leadership of the BJP, never learn from mistakes. It had allowed B S Yediyurappa to form the government in Karnataka last year despite not having the numbers. He had to resign before the floor test. A repeat has happened in Maharashtra. The BJP high command (effectively, it consists of just two people - Prime Minister Narendra Modi and party president Amit Shah) not only allowed Devendra Fadnavis to take oath as the chief minister of Maharashtra by banking on the support of Ajit Pawar of the NCP (hoping to cause a split in the NCP or defections from other parties by either using strong-arm tactics, lure of office or monetary compensation to get the numbers) but also indulged in some unprecedented constitutional moves to make it happen. Yet, all their efforts failed and when the Supreme Court ordered a floor test within 24 hours. Fadnavis has had to resign as Pawar failed to deliver.

This is a huge embarrassment for the BJP as well as both Modi and Shah. One fails to comprehend how seasoned politicians like them failed to judge the hold Sharad Pawar has over the NCP. How could they not fathom that Ajit Pawar had no standing of his own and he owed his position in the party to his uncle? Perhaps, they thought that if Pawar came on board and was made the deputy chief minister, others would join if they were offered ministerial berths. Or it thought some could be lured with monetary offers. But they failed to understand that if Sharad Pawar had managed to convince Sonia Gandhi to let the Congress join a government in which the Shiv Sena would play a leading role, all equations had changed and very few NCP MLAs would budge from the stand taken by Sharad Pawar. In any case, the BJP had just 105 MLAs. It hoped too much as it still needed 40 more to prove its majority. Hoping to lure 40 NCP MLAs from the total of 54 that the party had was hoping for the impossible considering they owed their loyalties to Sharad Pawar.

The skullduggery and cloak and dagger politics indulged in to swear in Fadnavis and Ajit Pawar has come to naught. It has only served to bring the offices of the Prime Minister, the Governor of Maharashtra and even the President of India into disrepute. While whatever action was taken for the swearing-in was technically and constitutionally correct, it was morally wrong and politically suicidal, as later events have shown. Although Article 361 provides immunity to the President and the Governor as they are not answerable to any court of law for the exercise of powers available to them or any action taken by them in the course of their duty, they are answerable to the people.

The BJP will also have to provide a lot of answers to the people of Maharashtra as well as the rest of the country. It will not suffice to say that they tried to fill the political vacuum in the state or were hoping to provide a stable government. It will also not suffice to say that since the Shiv Sena was trying to play around with the mandate by aligning with parties diametrically opposite to it, they tried to scuttle the efforts. The BJP should have allowed the three-party alliance to make a bid and assume power. It should have sat in the opposition. It should have explained to the people how the Shiv Sena showed disrespect to their mandate. It should have hoped to use that goodwill to win alone in 2024. Yet, it squandered all for a misadventure and has lost all respect from right-thinking people.