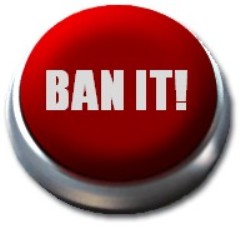 Should We Disband the CBFC?

Should We Disband the CBFC?

Editor-in-Chief of indiacommentary.com. Current Affairs analyst and political commentator. Writes for a number of publications. View all posts by this Author
The latest to join the ban Padmavati wagon is Nitish Kumar. The film has been banned for release in Bihar. Why are state chief ministers jumping the gun and banning the movies release even before the CBFC has certified it? Is it to get into the good books of Hindutva/upper caste (read Rajputs) votaries? Or is it to show that they are holier than others? In Nitishs case, it seems to be the latter. In his earlier avatar as a secular leader, Nitish would have made Padmavati tax-free in Bihar. But with his alignment with the BJP, equations have changed and so has his tune.

Really, this is taking things too far. We have a film certification authority in the country that certifies films for release in the whole country. Even before that authority has had a chance to view the film and pronounce its decision, we have states banning the films release purely on rumours and hearsay. What does this mean for democracy? It means that like the Congress of yore, the BJP also does not have any patience for institutions and rule of law. The Congress used to ban works of art based on its secular ideology, the BJP does so based on Hindutva leanings. There is not much difference between the two.

If Salman Rushdies Shame was banned to cater to the Muslim vote bank, Padmavati is being banned to cater to the Hindu vote bank. Is there much of a difference? The liberals are yelling for the head of Modi for intolerance but they were conspicuously silent when Shame was banned or when Taslima Nasreen was hounded out of Kolkata. Mamata Banerjee might gain brownie points by going against the Padmavati ban, but Taslima has done well to remind her of the days when she banned her work under pressure from Muslim fundamentalists and made her feel unwelcome in Kolkata. The Left liberals and the Hindu Right are actually the two sides of the same coin. They raise their voice when it suits their agenda and keep mum when it does not.

Both sides care a hoot about legal niceties or institutions and are prone to ban works of art when their vote banks pressurize them. The Supreme Court has, thrice this month, refused to ban the release of the movie, pointed out the sole jurisdiction of the CBFC to certify the film for release and has rebuked the chief ministers of states that have announced the ban for their peremptory action. But this does not deter politicians cock a snook the courts and the judiciary. Their hands are strengthened by the law which says that the executive can ban a work of art under Article 19(2) of the Constitution. Obviously, there cannot be unrestricted freedom of expression in a country like India. But the restrictions should come after watching the film. And who is authorized for this? Not the chief ministers but the CBFC. So shouldnt politicians let institutions do their job and avoid trying to be current heroes to vested interests?